Published: Friday 14 March 2008, 14.36CET
FC Basel 1893 coach Christian Gross is struggling to maintain momentum after losing his "three best attacking players from the first half of the season".
by Daniel Schaub
from Basel 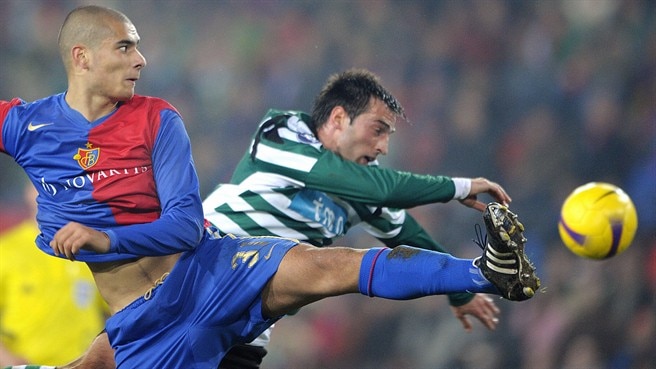 Flexible tactics
Basel remain six points clear of BSC Young Boys at the top of the Swiss Super League table but having bowed out of the UEFA Cup with a 5-0 aggregate Round of 32 defeat against Sporting Clube de Portugal, they have been beset by injuries. To such an extent, in fact, that they have used ten different starting lineups in their last ten matches, and almost as many formations. "I have always said that we have to remain flexible when it comes to tactics," Gross said.

Winning ugly
At times, Gross had to do without regular goalkeeper Franco Costanzo, skipper Ivan Ergić, Switzerland striker Marco Streller and the industrious Scott Chipperfield all at once. With Felipe Caicedo having left for Manchester City FC during the winter, Gross pointed out that he has been "without my three best attacking players from the first half of the season". The rebuilt squad has been getting results in the league but has not thrilled fans.

Aerial assault
Recent games have seen Basel make maximum use of the physical presence of forwards Eren Derdiyok and Vratislav Lokvenc, with the 2 March game at rock-bottom FC Thun proving especially illuminating, with Basel trailing 1-0 before they changed tactics and Derdiyok scored a hat-trick. Lokvenc justified his side's aerial assault, saying: "The reason we played like this was also the appalling condition of the pitch."

Massive striker
At 1.96m, Lokvenc – signed on loan from FC Salzburg this winter to replace injury victim Streller – has proved his worth, scoring the only goal in a recent Swiss Cup semi-final win against Thun, but it remains to be seen whether he can continue to impress now Streller is fit again and fighting for a UEFA EURO 2008™ place. "I want to catch up again as quickly as possible and regain my form of the autumn," he said.

Cup final
With Streller back, Costanzo fit and Ergić well on the road to recovery, Basel may return to less brutal tactics, and with FC Zürich now 12 points behind them, only Young Boys stand between them and the title. Gross, meanwhile, wants more. He stated his ambitions for the rest of the season as "gold and silver for us" – gold being the colour of the league trophy and silver the colour of the Swiss Cup. They face second division AC Bellinzona in the cup final on 6 April.