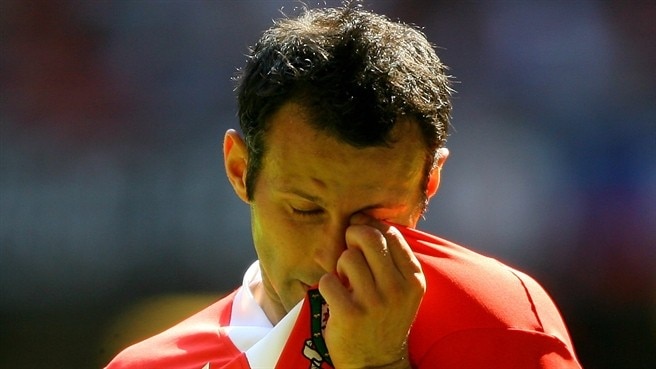 Wales 0-0 Czech Republic The visitors stayed in Group D contention and ensured Ryan Giggs would not enjoy a farewell win with Wales in Cardiff.
Read more

The Czech Republic remain well-placed to reach UEFA EURO 2008™ as they withstood a dominant second-half display from Wales to earn a goalless draw in Cardiff.

Koumas close
Karel Brückner's side had the better of the first half at the Millennium Stadium but struggled to create clear goalscoring opportunities against a five-man Wales defence. The home side showed more adventure after the interval, however, as they sought a win that would have kept their realistic qualification hopes alive but Jason Koumas's free-kick that struck the woodwork early in the second period proved to be the closest they came.

Czechs in charge
The visitors kicked off level with Germany and the Republic Ireland at the top of Group D and looked the more likely scorers throughout the opening period, James Collins producing two important blocks on Jan Koller deep inside the Welsh penalty area. For all their territorial advantage, however, clear chances proved hard to come by and the 20-year-old Wayne Hennessey, making his competitive debut in goal for Wales, had only one save of note to make in the opening period, diving to his left to palm Tomáš Rosický's long-range shot to safety.

Giggs farewell
Wales so nearly made the breakthrough in the 51st minute, Koumas striking the woodwork with a fine free-kick from the edge of the area. Ryan Giggs, winning his 64th and final cap after announcing his international retirement in midweek, then came close to crowning his international swansong with a goal, slicing his way through the visitors' defence before forcing Petr Čech to beat away his fierce effort. Marek Kulič was denied by Hennessey and had another effort blocked by Collins, although the AC Sparta Praha striker might have snatched all three points in added time but headed over. Both teams are next in action on 8 September, Wales welcoming Germany and the Czech Republic travelling to San Marino.