Published: Wednesday 12 September 2007, 23.15CET
Cyprus 3-0 San Marino Efstathios Aloneftis scored a goal in each half as the home team coasted to three points against San Marino in Group D. 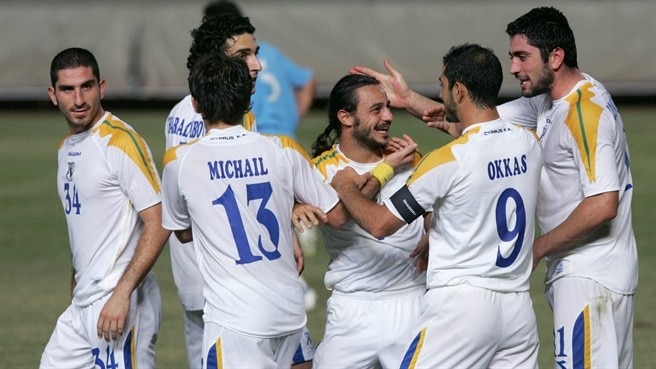 Cyprus 3-0 San Marino Efstathios Aloneftis scored a goal in each half as the home team coasted to three points against San Marino in Group D.
Read more

Makridis header
The visitors had the first effort of the game when Andy Selva blasted an early free-kick over but Cyprus quickly took control with Yiannis Okkas testing goalkeeper Federico Valentini. That was the prelude to the opener and it was Aloneftis who supplied it with a cross which Makridis headed in after 15 minutes. Valentini then foiled Stelios Okkarides, Okkas and Michalis Konstantinou while Elias Charalambous also missed the target.

Aloneftis free-kick
The home side finally made their dominance pay by scoring a second goal four minutes before the break, Aloneftis converting from a free-kick after a foul on Konstantinou. After the interval Manuel Marani missed with a long-range shot for the visitors and Selva spurned another half-chance but the hosts responded by completing the scoring with virtually the last kick of the game. Makridis played the role of provider, setting up Aloneftis to finish with his left foot, securing three points for Cyprus and leaving San Marino still looking for their first point in Group D.