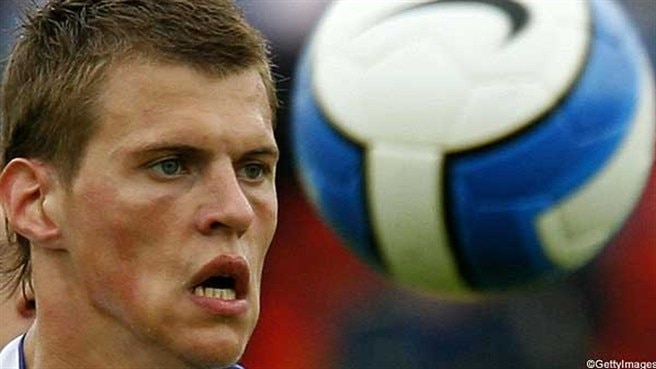 Martin Škrtel was among the goalscorers ©GettyImages

Slovakia 7-0 San Marino The home side recorded a confidence-boosting victory in Group D thanks to goals from six different scorers.
Read more

Slovakia recorded a confidence-boosting victory at the expense of group minnows San Marino thanks to six different goalscorers.

Resistance over
Slovakia dominated from the start but took 24 minutes to break down the Sammarinese resistance. Marek Čech played in midfielder Hamšík who shot past goalkeeper Federico Valentini and into the top corner. The second goal followed eight minutes later when striker Šesták picked up possession on the edge of the visitors' area, burst between two defenders, skipped past another, before chipping Valentini from close range. Then the third before half-time: Ján Kozák supplied Sapara who advanced into the box to score right-footed.

No let-up
Valentini managed to keep Slovakia out for six minutes of the second half, until Škrtel popped up at the far post to turn in Hološko's cross. Giampaolo Mazza's men held out for a further three minutes before Hološko got his name on the scoresheet by finishing off a one-two with Šesták.

Magnificent seven
It was 6-0 when the latter player secured his double – volleying in Kozák's centre from the right. Yet if the Slovakians were hoping for double figures, they would be disappointed. The final addition to the scoring arrived on 76 minutes when the away side's defender Nicola Albani conceded a penalty which full-back Ján Ďurica converted with aplomb.