Czechs finish on a high in Cyprus 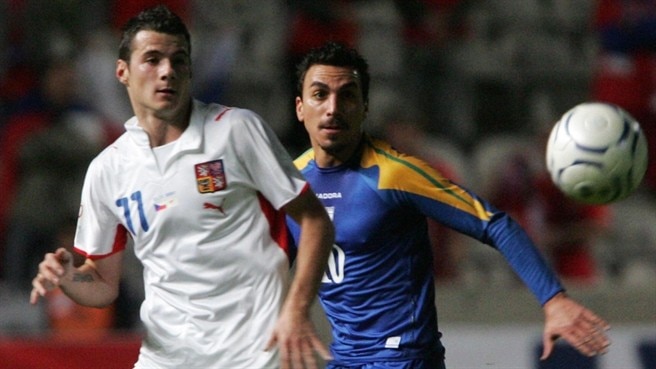 Czechs finish on a high in Cyprus

Pole position
Daniel Pudil's goal gave the early initiative to Karel Brückner's side, before Jan Koller struck 16 minutes from time to secure the points. The result ensured that the Czechs would finish first in the group because of their better head-to-head record against also-qualified Germany.

Deadlock broken
The breakthrough hardly came against the run of play, as the Czechs had already threatened through Marek Matějovský, Tomáš Galásek and Michal Kadlec. In the event, it arrived via the left foot of 22-year-old midfielder Pudil, who found the bottom corner of Antonis Georgallides's goal from around 30 metres.

Dominance
Georgallides got closer to the next Czech attempts, saving from both Marek Kulič and Matějovský. By way of a first-half reply, Angelos Anastasiadis's team could only offer long-range efforts from Michalis Konstantinou and a wasted Efstathios Aloneftis free-kick.

Doubling up
Second-half substitute Milan Baroš then shot wide before strike partner Koller put the win beyond doubt. The totem connected with Jaroslav Plašil's 74th-minute corner for a headed goal. Georgallides then prevented Plašil turning from creator to scorer, and the Cyprus keeper also denied Martin Fenin late on. The defeat left the islanders with 14 points from their 12 games, 15 fewer than the Czechs.