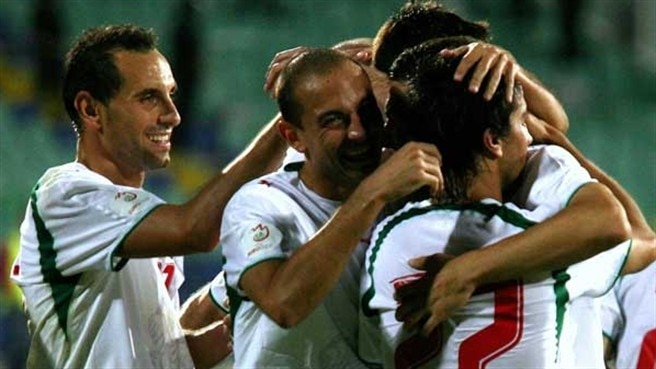 Bulgaria continued their impressive start to UEFA EURO 2008™ qualifying as three second-half goals gave them victory over Slovenia in their Group G meeting in Sofia.

Continued comeback
With ten minutes to go in their opening group match against Romania last weekend, things were looking gloomy for Hristo Stoichkov's side as they trailed 2-0. However, they have now scored five unanswered goals to secure four points from their first two games. They did not leave it quite so late this time with Juventus striker Valeri Bozhinov breaking the deadlock after 58 minutes before Martin Petrov and Dimitar Telkiyski completed the win with strikes in the last 18 minutes.

Subdued start
Bozhinov, beginning in place of the injured Dimitar Berbatov, had an early effort ruled out for offside, one of few highlights of a subdued opening period at the Vassil Levski stadium. Indeed, the only effort of note was Milenko Ačimovič's free-kick which flew just past the post shortly before the interval.

Bozhinov opener
The tempo picked up after the restart and Bozhinov pounced for his second international goal in four days shortly before the hour. The 20-year-old, who scored for Bulgaria's Under-21s in their victory over Croatia on Sunday, registered his third strike for the seniors with a superb left-foot finish after excellent approach play from Zoran Janković.

Petrov pounces
That was the last contribution from the forward, who was promptly replaced by Hristo Yovov. The substitute squandered an excellent opportunity to double the lead within seconds of his introduction. The second goal eventually came after 72 minutes, however, following fine improvisation from Petrov. The Club Atlético de Madrid playmaker notched up his third goal of the campaign, playing a corner short to Janković before taking the return, spotting the keeper off his line and firing in a shot that the unfortunate Borut Mavrić could only drag over his own goalline.

Telkiyski clincher
The win was rounded off by a sublime solo effort from Telkiyski, whose low right-footed strike gave Mavrić no chance. Bulgaria will look to extend their unbeaten start when the Netherlands visit Sofia on 7 October while Slovenia will seek their first points at home to Luxembourg on the same date.