Berbatov at the double for Bulgaria 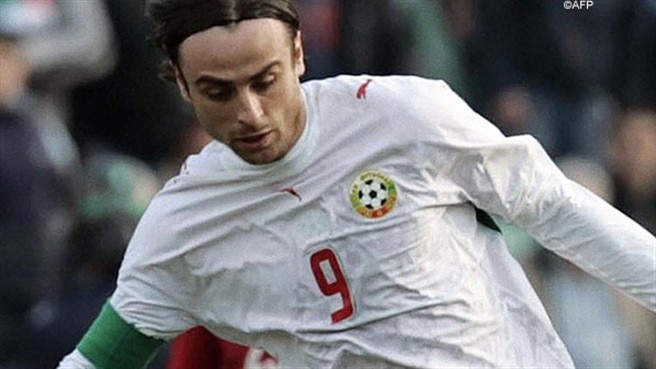 Berbatov at the double for Bulgaria

Belarus 0-2 Bulgaria A virtuoso display from Dimitar Berbatov inspired the visitors to produce a polished away performance.
Read more

A virtuoso performance from Dimitar Berbatov inspired Bulgaria to victory in the first match of their away and home Group G encounters against Belarus.

Stoilov success
The Tottenham Hotspur FC striker had to be patient to score but it was well worth the wait when he finally broke the deadlock in the 28th minute. He added a second just after the interval and the visitors were never in danger of losing their grip on the contest. The win was a triumph for stand-in coach Stanimir Stoilov, the man who led PFC Levski Sofia to this season's UEFA Champions League, after he agreed to take temporary charge following Hristo Stoichkov's departure in April. This victory took Bulgaria within two points of section leaders the Netherlands with each having played six games.

Home support
Having seen a trio of chances go begging, including a sublime piece of control and subsequent volley that smashed against the crossbar, Berbatov's opening goal came when he left Denis Kovba and Yan Tigorev in his wake before evading two more challenges and stroking the ball beyond Yuri Zhevnov with the outside of his right foot. Stunned by the strike, the home crowd in Minsk did their best to roar on their team who had begun the day just two points behind their opponents in the section. It was one-way traffic though and Berbatov had more chances before the interval, as did Stilian Petrov from a free-kick.

Sublime second
Belarus brought on Vyacheslav Hleb at half-time in the hope of spicing up the attack but it was Bulgaria who again began the brighter. Within a minute of the restart Berbatov had his second, his left-footed strike from Stanislav Angelov's pass giving Zhevnov no chance. The hosts refused to give up and on a rare foray forward Timofei Kalachev found himself in a great position only to volley over. Still Berbatov threatened, memorably taking controlling a pass before sending in a shot that Zhevnov did well to parry. Martin Petrov was the next to go close with a free-kick, while at the other end Vladimir Korythko blazed over before lively substitute Oleg Strakhanovic had two good efforts as the game drifted away. Belarus will hope for better in the return in Sofia on Wednesday.