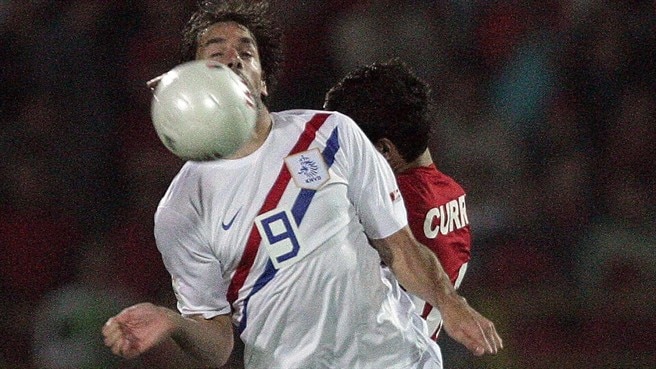 Ruud van Nistelrooy's injury-time strike gave the Netherlands a win in Albania that moves them to within sight of the UEFA EURO 2008™ qualifying Group G summit.

Romania showdown
With Albania down to ten men, Van Nistelrooy produced a timely effort to follow up the goal in Saturday's 2-0 win against Bulgaria which had marked his first competitive appearance since the 2006 FIFA World Cup. Now the Netherlands are level with fellow unbeaten side Romania at the top of the group, with the pair to meet on 13 October.

Opening exchanges
The visitors had started brightly with Wesley Sneijder and Van Nistelrooy just off target in the opening exchanges. But Albania also enjoyed their share of possession early on and Edmond Kapllani saw his seventh-minute header blocked.

Under pressure
Soon the Netherlands were in command and Albania goalkeeper Arian Beqaj did well to keep out Van Nistelrooy's powerful drive. At the other end, Erion Bogdani shot wide from outside the area in a rare Albania attack. Beqaj was called into action once more by a curling Sneijder attempt, before Robin van Persie and Ryan Babel also went close before the break. It was Oranje No1 Edwin van der Sar who was on the receiving end at the beginning of the second period. First he was tested by Bogdani's fierce drive, then he had to work to deny Lorik Cana's close-range effort.

Winner
But the Netherlands were still on top, with Sneijder dictating play. His volley elicited another Beqaj save, before the goalkeeper also left Van Persie frustrated. Yet with the clock running down, and the Netherlands seemingly out of ideas, Cana was sent off on 87 minutes and the reinvigorated visitors made the extra man pay – Van Nistelrooy making no mistake from Urby Emanuelson's cross.