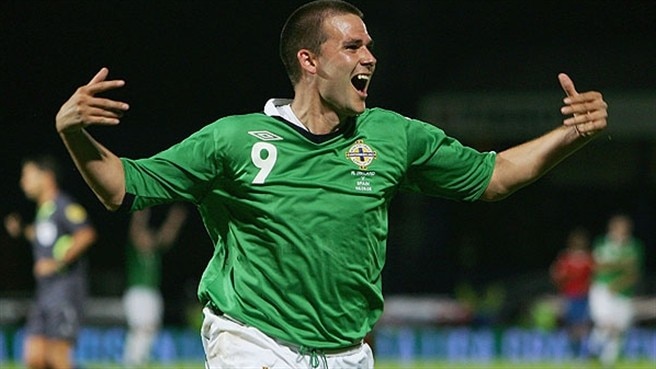 Northern Ireland continued their fine start in UEFA EURO 2008™ qualifying Group F as they won 4-1 in Liechtenstein to keep alive their hopes of a first major tournament appearance since 1986.

Healy hat-trick
David Healy was the hero for Lawrie Sanchez's side, scoring his second hat-trick of the campaign with three second-half strikes in a game that only came to life after the break and offered three key points for the visitors as they moved into second in their section.

Visitors in control
The away team had enjoyed a memorable victory over Spain in September when Healy grabbed his first treble, but despite having the better of possession it was a frustrating opening period for Sanchez's men in Vaduz. Their best chance came when Peter Jehle clawed away a looping Keith Gillespie effort just after the half-hour. Gillespie, who will be suspended for Northern Ireland's crunch match against Sweden on Wednesday, provided most of the danger down the right, yet his side could easily have found themselves behind at the interval, Franz Bergmeier heading over from close range.

Nerves settled
Seven minutes after the restart, Healy calmed Northern Irish nerves, side-footing into an empty net from the edge of the area after the ball had rolled into his path following Jehle's save from Kyle Lafferty. And on 75 minutes it was 2-0 – this time, the Leeds United AFC striker prodding past Jehle. Liechtenstein heads did not drop, but despite efforts from danger man Mario Frick and Martin Stocklasa, Healy completed his haul when beating the offside trap on 83 minutes. There was still time for the hosts to score a fine consolation in added time, Burgmeier cutting in from the left and fizzing in a shot, before Northern Ireland sealed victory with Grant McCann registering his first international goal - a towering header.