Published: Saturday 2 June 2007, 18.45CET
Iceland 1-1 Liechtenstein The visitors made it four points from two games with a deserved draw in Reykjavik. 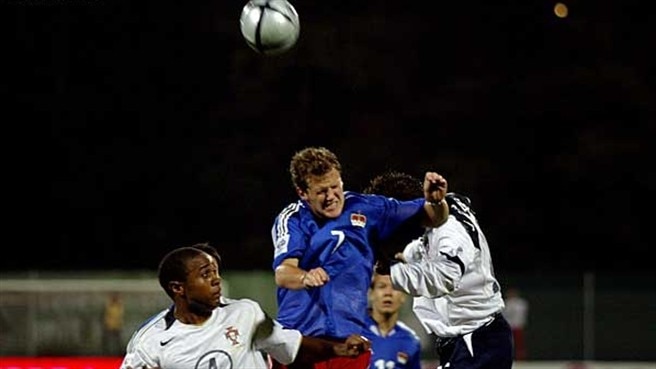 Iceland 1-1 Liechtenstein The visitors made it four points from two games with a deserved draw in Reykjavik.
Read more

Liechtenstein made it four points from two games with a deserved draw in Reykjavik that preserved the hosts' miserable run of form in Group F.

Roher the hero
Having won 1-0 against Latvia in March, Liechtenstein were always confident of another minor upset this afternoon and will be delighted with a point from a hugely competitive encounter. Reading FC midfielder Brynjar Gunnarsson had put Iceland in front and it looked like the 31-year-old's side would end their four-match losing streak in the qualifying campaign with a win. However, striker Raphael Rohrer chose a fine time to score his first international goal with a superb second-half equaliser.

Chances spurned
After dominating the opening stages, Iceland took the lead though Gunnarsson's glancing header from Emil Hallfredsson's free-kick in the 27th minute. Rather than fall apart, Hans-Peter Zaugg's men kept going forward and should have equalised just before half-time when Michele Polverino hit the bar. Chances came and went for both sides with home captain Eidur Gudjohnsen going close with a free-kick just after the interval before Mario Frick, the visitors' hero in Riga, missed from close range. Liechtenstein were not to be denied and Rohrer tricked his way past two defenders in the 69th minute to score with a low shot from the edge of the area.

Celebration time
The final whistle drew enthusiastic celebrations from the Liechtenstein players, with the 22-year-old Rohrer unable to contain his delight. He and his team-mates, who had lost their first four Group F matches before their Latvia triumph, have an even more difficult task ahead on Wednesday when Spain travel to Vaduz looking to maintain their challenge for a place in next summer's finals. Iceland, who remain level with their opponents on four points but ahead on goal difference, visit Sweden on the same day.