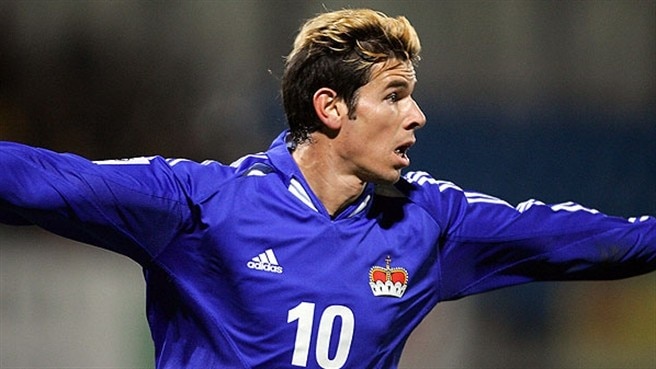 Liechtenstein 3-0 Iceland Goals from Mario Frick and Thomas Beck helped the home side to their biggest ever UEFA European Championship win in Group F.
Read more

Fine win
Having won only once before in the competition before the 2006-08 campaign, the home side took a significant step towards their second victory in Group F as Frick fired them into a first-half lead. With Iceland forced to push forward, substitute Beck exploited the extra space to score twice in the last ten minutes and secure a win that moves Liechtenstein on to seven points, one below Iceland. Their final fixture is in Latvia on 17 November, while Iceland conclude their campaign away to Denmark four days later.

Frick breakthrough
The pattern of the game was set early, with visiting goalkeeper Árni Arason being tested by Franz Burgmeier's shot and, although Ivar Ingimarsson's volley flew just too high, the hosts made the breakthrough in the 27th minute. Burgmeier was the creator, delivering a left-wing cross for Frick to finish low past the exposed Arason. Iceland tried to rally and Ingimarsson drew Peter Jehle into action for the first time with a long-range effort, although Benjamin Fischer might have extended the Liechtenstein advantage before the interval.

Late joy
Liechtenstein continued to control proceedings as the second half unfolded, Frick, Burgmeier, Andreas Gerster and Burgmeier again all missing the target, before the Nordic side wasted a golden opportunity to draw level just before the hour – Emil Hallfredsson heading straight at Jehle from close range. The home goalkeeper then denied Gunnar Heidar Thorvaldsson and Iceland were made to pay for their profligacy ten minutes from time as Beck latched on to Jehle's long clearance to double Liechtenstein's lead. Three minutes later, Beck met Burgmeier's corner at the near post to beat Arason again and complete a famous night for Hans-Peter Zaugg's team.