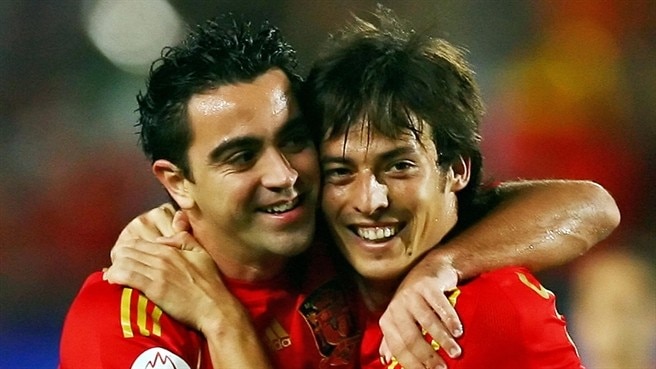 Spain finish first
Xavi Hernández's second-half strike settled the contest although Sweden's 2-1 win against Latvia meant Nigel Worthington's team would not have progressed even had they won. The goal came when Xavi's long-range drive clipped off Sammy Clinghan's head to wrongfoot Maik Taylor and was enough to secure Spain first place in Group F, two points ahead of the Swedes. Northern Ireland, after a remarkable campaign, finished in third place.

Pressure
Spain started brightly and Xavi cracked a shot wide of Taylor's post after two minutes. The home side had claims for a penalty waved away by referee Herbert Fandel in the seventh minute after David Silva went to ground following a challenge from Stephen Craigan. Sergio Ramos found the side-netting in the 21st minute following a neat through-ball from Cesc Fabregas and as Spain stepped up the pressure, Taylor had to get down quickly to smother a shot from Daniel Güiza.

Taylor saves
A minute later Ramos came within a whisker of making the breakthrough, only for Clingan to clear off the line. Fabregas was next to threaten, the Arsenal FC midfielder stinging Taylor's fingers with a rasping drive from distance after 38 minutes. Spain kept coming, however, Taylor clawing away Andrés Iniesta’s deflected cross and then denying Marcos Senna and Silva.

Cursing their luck
Having stood firm for 53 minutes, Northern Ireland were cursing their luck when Spain went in front. Taylor seemed to have Xavi's 25-metre effort covered but he was left wrong-footed after it took a deflection of Craigan. Spain should have extended their lead when substitute Joaquín pulled the ball back from the byline. It looked a tap-in for Silva but he somehow managed to steer his shot wide of Taylor's post.