Poland take the points in Almaty 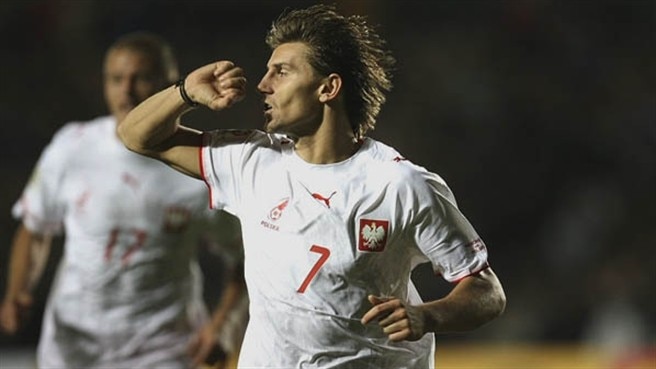 Poland take the points in Almaty

Smolarek winner
Leo Beenhakker's men had begun their Group A campaign with a 3-1 home defeat by Finland but they have since bounced back to draw 1-1 against Serbia before today's success in Almaty. The crucial goal came early in the second half via Euzebiusz Smolarek's fine finish to move the visitors on to four points and leave Kazakhstan on two points from their three fixtures. Both teams are in action again on Wednesday, when Poland receive Portugal and Kazakhstan welcome Finland.

Rasiak denied
Despite dominating from the outset, the Poles failed to capitalise and were restricted to shots from distance throughout the opening half. After a quiet start, Poland created the first chance in the tenth minute. A free-kick by Maciej Żurawski found striker Grzegorz Rasiak whose drilled effort from the edge of the area was well held by David Loria in the Kazakhstan goal.

Early change
Five minutes later, the two were in action again. This time, Rasiak shot from the right and the ball was again caught by the keeper. In the 20th minute, Smolarek failed to hit the target as his long-range attempt flew over the bar. Beenhakker looked unhappy with his side's lack of penetration and made his first change after just 30 minutes, bringing on forward Przemysław Kaźmierczak for defender Mariusz Lewandowski. Despite the switch, Poland were unable to conjure another opening before the break as the home team finished stronger, with Dmitriy Byakov's right-footed drive going narrowly wide.

Late chances
After looking the stronger side for much of the first period, the visitors eventually made their superiority tell after 52 minutes, Smolarek firing a powerful shot into the bottom left corner of goal to leave Loria helpless. Further opportunities fell to Poland with Rasiak, the main culprit, missing several chances and Radosław Sobolewski also going close for the away team. The home side's brightest moment came in the 72nd minute when striker Nurbol Zhumaskaliyev saw a long-distance effort saved.