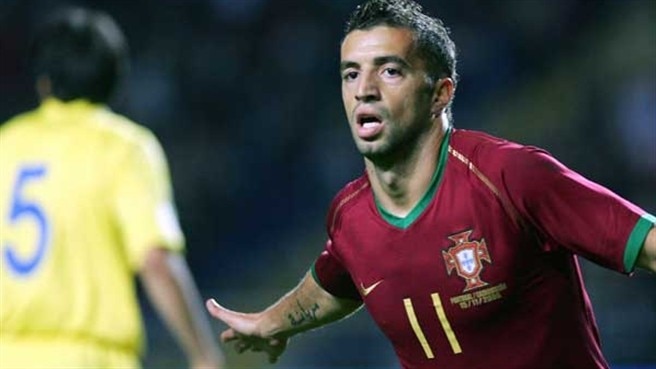 Portugal 3-0 Kazakhstan Simão scored twice - one a stunner - and Cristiano Ronaldo struck another fine goal as Portugal eased to a Group A win.
Read more

Flying start
Simão got the hosts off to a flying start when he found the top corner from distance after eight minutes, before fellow winger Cristiano Ronaldo - playing despite a troublesome ankle - justified his inclusion with a superb solo run and strike on the half-hour. The visitors were powerless to prevent their third defeat in five Group A outings when Simão poached his second from close range with four minutes remaining.

Incisive cross
Portugal, meanwhile, climb to fourth - four points behind leaders Finland - after claiming their second win from four games. Nuno Gomes suggested it was going to be a torrid night for the guests as early as the second minute, charging unchallenged down the wing only for his incisive cross to be cut out by Aleksandr Kuchma. Deco also had the Kazakhstan defence scrambling to clear before Simão blasted the opener after controlling the ball on the edge of the area.

Lines fluffed
Nuno Gomes and Ronaldo then fluffed their lines with the away team on the rack, while Dmitriy Byakov produced little of note when posed with Kazakhstan's best chance of an equaliser. Portugal by now were looking imperious, and Ronaldo's wonderful effort in beating two defenders before fizzing the ball low into the net from 18 metres was a fitting summation of the hosts' dominance.

Late goal
The procession continued into the second half, only occasionally being pierced by some smooth Kazakhstan passing, as the Portuguese strove to see off a side who have already taken points off Azerbaijan and Belgium this campaign. Simão completed the scoring in the 86th minute, turning Ricardo Quaresma's corner high into the net.