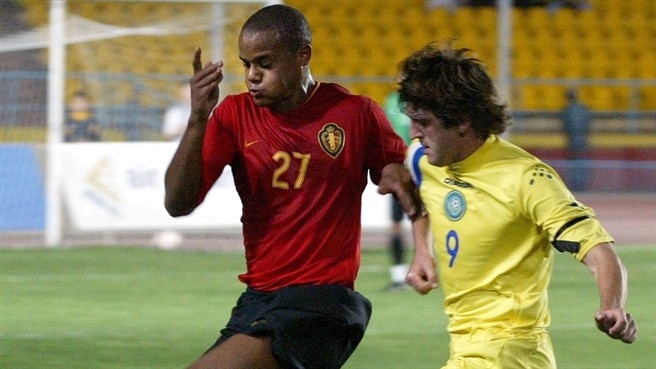 Belgium's slim hopes of UEFA EURO 2008™ qualification were all but ended as Samat Smakov's second-half penalty restricted them to a 2-2 draw against Kazakhstan in Almaty.

Two-goal lead
Things looked to be going to plan for the visitors when they opened up a two-goal lead inside the first 24 minutes through goals from Karel Geraerts and Kevin Mirallas. Dmitriy Byakov pulled one back before the interval, however, and this sparked a frenetic second half as Kazakhstan went in search of an equaliser. They finally got one 13 minutes from time when Marouane Fellaini brought down Nurbol Zhumaskaliyev and Smakov made no mistake from the spot.

Belgium dominate
It earned Arno Pijpers' team their seventh point in Group A – no mean feat for a side that registered just one in 2006 FIFA World Cup qualifying – yet that had appeared a distant possibility as the Belgians dominated the opening exchanges. After Fellaini had tested David Loria, Mirallas glanced a cross into the path of Geraerts on 13 minutes and he fired his half-volley to Loria's left. It was all Belgium. Steven Defour was denied by the upright and so too was Mirallas, though in the latter case the youngster was on hand to pounce on the rebound.

Zhumaskaliyev menace
Two goals to the good, René Vandereycken's men appeared set for a vital three points but Kazakhstan had other ideas. Byakov could only direct a long ball from Smakov over the bar yet he made amends six minutes before the break, making it 2-1 with a powerful shot that gave Stijn Stijnen no chance. It was a blow for Belgium who spent much of the second period on the back foot, with Zhumaskaliyev their tormentor-in-chief. The FC Tobol Kostanay attacker found Byakov with a lovely cross and although the goalscorer failed to direct his header on target, when Zhumaskaliyev won a penalty Smakov was less wasteful.