Portugal back on track in Baku 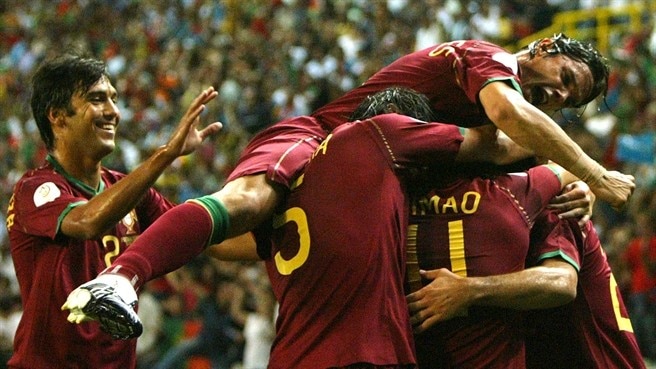 Portugal back on track in Baku

Azerbaijan 0-2 Portugal Portugal ended a run of three successive draws with victory against Azerbaijan to revive their Group A hopes.
Read more

First-half goals from Bruno Alves and Hugo Almeida ensured Portugal eased to victory in Azerbaijan to get their UEFA EURO 2008™ Group A campaign back on track.

Red card
Portugal had drawn their previous three group matches but soon made amends in Baku where Alves and Almeida both scored their first international goals, on 12 and 45 minutes respectively. Azerbaijan's hopes were effectively extinguished when captain Aslan Kerimov was dismissed for elbowing Cristiano Ronaldo on 29 minutes.

Alves scores
Portugal coach Luiz Felipe Scolari was forced to watch from the stands as he served the first game of a three-match suspension, but he would have been pleased with what he saw as Portugal gained an early lead. Almeida had almost put Portugal ahead with a header on eleven minutes, which Azerbaijan goalkeeper Farkhad Veliyev did well to push behind. From the resulting corner, Deco crossed for Alves who rose at the far post to nod in.

Almeida strike
The visitors continued to threaten and Ricardo Quaresma, Deco and Ricardo Carvalho all came close. The home side's chances of getting back in the game were hit on 29 minutes when Kerimov saw red for an elbow on Ronaldo. Undeterred, the Manchester United FC winger pressed forward and had a shot saved by Veliyev before hitting the post. Portugal doubled their advantage late in the half when Almeida stretched to volley in Luis Miguel's right-wing centre from close range.

Ricardo saves
Portugal also dominated after the break and Deco and Maniche had shots blocked before Quaresma blazed narrowly wide. At the other end, Branimir Subašić had a header denied by Ricardo, who also kept out Subašić's drive with 20 minutes remaining. For Portugal, substitute Nani squandered two excellent chances late on and Ronaldo had an effort tipped on to the post, but by then the points were safe.