Published: Sunday 14 October 2007, 0.32CET
Belgium 0-0 Finland A strong defensive performance from the hosts in Brussels put Finland's Group A qualifying hopes back in the balance. 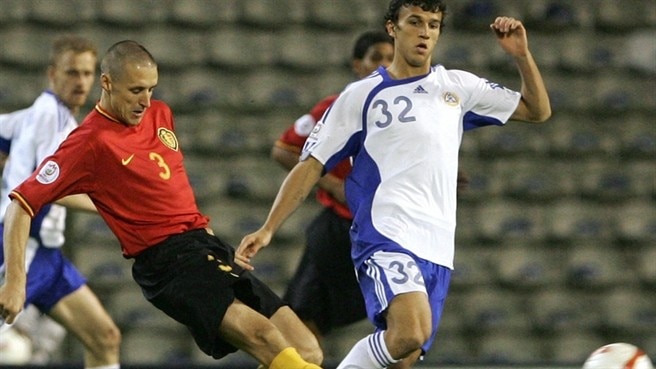 Belgium 0-0 Finland A strong defensive performance from the hosts in Brussels put Finland's Group A qualifying hopes back in the balance.
Read more

Finland's UEFA EURO 2008™ qualifying hopes were dealt a blow after they played out a dour goalless draw in Belgium.

Lost ground
With Portugal prevailing in Azerbaijan and Poland beating Kazakhstan, Finland needed a win to keep pace in Group A but were constantly thwarted by a resolute Belgium. Roy Hodgson's men had a first-half goal ruled out for offside yet squandered numerous other opportunities to seal victory and now trail leaders Poland by four points. They are level on 20 points with second-placed Portugal, having played a game more.

Near misses
Finland were the better side in the first half and Alexei Eremenko Jr almost fired them into an early lead when he tested Stijn Stijnen with a stinging 20-metre strike. At the other end Vincent Kompany went close with a low free-kick that skidded narrowly wide. The Finns were creating chances down both flanks, with Joonas Kolkka supplying some teasing crosses, but the vital touch proved elusive. Although Jonatan Johansson had the ball in the net shortly before half-time, he was adjudged offside from Daniel Sjölund's pass across goal.

Better from Belgium
The hosts in Brussels were brighter after the break and Moussa Dembélé capitalised on some sloppy defending to race through one-on-one with Jussi Jääskeläinen, but the Bolton Wanderers FC goalkeeper was out quickly to parry the ball to safety. Finland responded with a flowing move through Belgium's back line only for Kolkka to rifle a shot into the side-netting.

Point apiece
When the Scandinavian team were awarded a free-kick inside Belgium's area after Stijnen had handled a back-pass, they failed to make it count as another opportunity went begging. Desperately seeking the winner, Sjölund then broke clear of the defence yet his shot hit the foot of Stijnen and rebounded to safety as the match ended goalless.