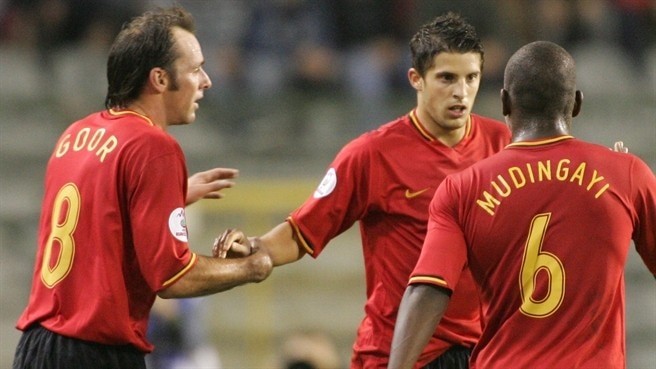 Three second-half goals earned Belgium victory against Armenia, but their UEFA EURO 2008™ qualification hopes were ended by results elsewhere in Group A.

Triple strike
Substitute Wesley Sonck put Belgium ahead on 63 minutes before Moussa Dembélé doubled the advantage six minutes later. Karel Geraerts added a third on 76 minutes to secure Belgium's fourth win in qualifying but they are now unable to overhaul second-placed Portugal after their 2-1 success in Kazakhstan.

Armenia bright
Armenia had started promisingly, with Artavazd Karamyan drawing a save from Belgium goalkeeper Stijn Stijnen from the edge of the area. Belgium too had chances and Gevorg Kasparov spread himself to stop Kevin Mirallas's effort when the 20-year-old striker was played through one-on-one with the goalkeeper. Artur Voskanyan was next to test Stijnen, who turned the ball behind for a corner.

Inspired substitution
Belgium coach René Vandereycken replaced Mirallas with Sonck at the interval as he looked for more from his side, but it was Armenia that pressed. Samvel Melkonyan and Levon Pachajyan each came close before Melkonyan cut in from the left and shot into the side-netting. The breakthrough, though, went to Belgium on 63 minutes. Nicolas Lombaerts's left-wing cross found Bart Goor who hit the crossbar on the volley. The ball looped into the air and Sonck beat Kasparov to the rebound to nod in.

Further goals
Belgium were soon 2-0 up after Dembélé burst into the penalty box before firing into the top corner. The third goal followed 14 minutes from time when another Lombaerts centre reached Geraerts on the penalty spot and he headed the ball down and beyond Kasparov to ensure a comfortable finish for the hosts.