Almeida takes Portugal to the brink 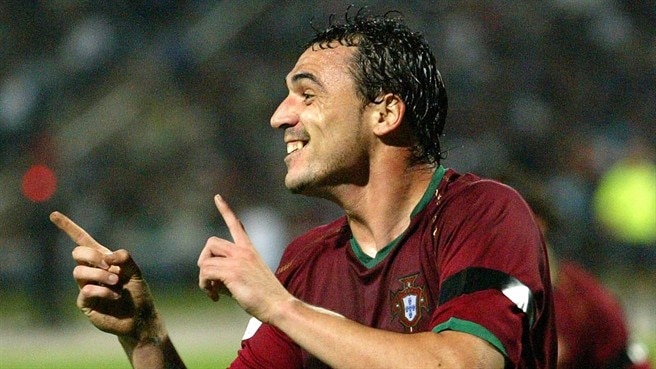 Almeida takes Portugal to the brink

Portugal need only a point from their final game at home to Finland on Wednesday to qualify for UEFA EURO 2008™ after Hugo Almeida's header earned victory against Armenia.

Dominance
With Poland sure of a place in next summer's tournament, the second qualifying berth from Group A will go to either Portugal or Finland who meet in Porto in four days' time. The Finns had beaten Azerbaijan earlier in the day, leaving Portugal requiring a win to restore their three-point advantage over Roy Hodgson's side. They almost got off to a perfect start when Simão hit the crossbar from close range on four minutes. Cristiano Ronaldo then sent a header over and also came close with a free-kick as Portugal sought to turn their dominance into goals.

Almeida delivers
Buoyed by their vociferous support in Leiria, Luiz Felipe Scolari's men continued to press and went ahead three minutes before half-time. Bosingwa advanced down the right and whipped a cross into the penalty area, where Almeida crashed a powerful header beyond Armenia keeper Roman Berezovsky. Portugal stayed on the attack after the break – Simão and Ricardo Quaresma both trying their luck from distance but failing to hit the target. Yet if Armenia were providing stubborn resistance, they never really looked like finding a way back into the contest.

Job done
Portugal appeared happy to stroke the ball around in midfield although they did come close to a second goal on 82 minutes when the unmarked Ronaldo nodded Ariza Makukula's improvised cross over the bar. Substitutes Manuel Fernandes and Nani also shot wide, but a second goal proved unnecessary as the hosts held on for three crucial points.