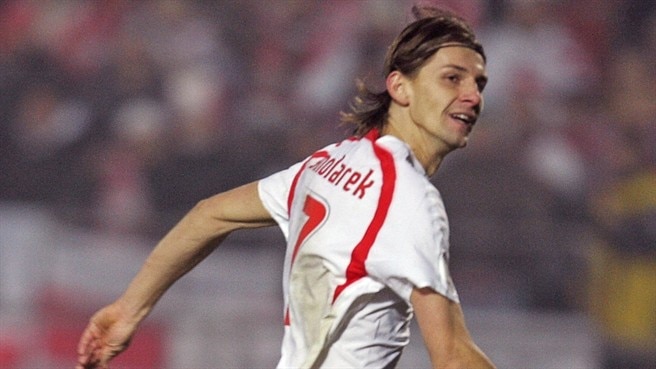 Poland 2-0 Belgium
Euzebiusz Smolarek scored either side of half-time to earn Poland a safe passage to their first EURO finals.
Read more

Poland will line up alongside Europe's élite for the first time in Austria and Switzerland next summer after goals from Euzebiusz Smolarek either side of half-time against Belgium secured a 2-0 victory and safe passage to UEFA EURO 2008™ from Group A.

Lucky breaks
Smolarek took advantage of two lucky breaks to score twice in five minutes and send the home side through. The 26-year-old netted his first on 45 minutes, showing real pace to race on to a loose ball, evade goalkeeper Stijn Stijnen and slide the ball into the empty net. The forward was again in the right place at the right time four minutes after the restart, chipping the ball cheekily over Stijnen.

Boruc save
After a cagey opening, the first slice of drama came from a set-piece, Poland goalkeeper Artur Boruc tipping Jan Vertonghen's free-kick over the bar. However, the match was effectively over following Smolarek's quick-fire double and Belgium offered little threat of a fightback thereafter. Daniel Van Buyten's audacious volley, which sailed harmlessly wide, was about the best they could manage and Poland nearly added a third ten minutes from time when the inspirational Jacek Krzynówek's cut-back was cleared by some last-ditch defending.