Published: Thursday 22 November 2007, 0.51CET
Portugal 0-0 Finland
Portugal secured the point they needed to advance to UEFA EURO 2008™ despite being frustrated in Porto. 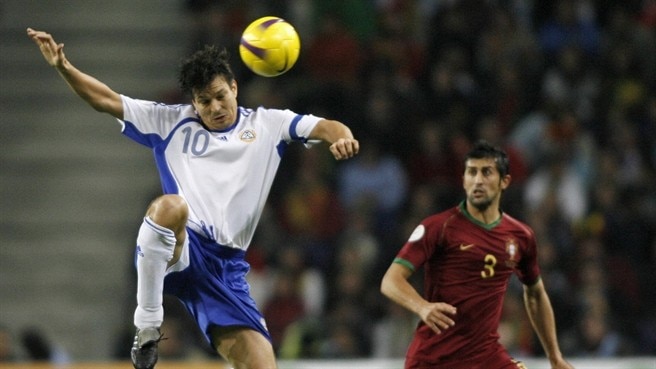 Portugal 0-0 Finland
Portugal secured the point they needed to advance to UEFA EURO 2008™ despite being frustrated in Porto.
Read more

Portugal secured the point they needed to advance to the UEFA EURO 2008™ finals despite being denied time and again by the fine goalkeeping of Jussi Jääskeläinen.

Jääskeläinen heroics
The home side certainly did not play for a draw and only a wonderful performance from Jääskeläinen prevented Luiz Felipe Scolari's men from recording a comfortable triumph that would have made them Group A winners ahead of Poland. The visitors knew that only a win would be enough for them to qualify but they rarely threatened, their best chance coming in a frantic finale in which defender Bruno Alves sliced narrowly wide of his own goal. Defeat leaves the Finns in third place, although they could slip to fourth if Serbia win their final game against Kazakhstan.

Portugal dominant
Portugal dominated the first half but a combination of poor finishing and Jääskeläinen's excellence prevented them from taking the lead. The hosts' first effort came after two minutes, Ricardo Quaresma firing in a shot which was smothered by Jääskeläinen and the Bolton Wanderers FC custodian excelled again after ten minutes tipping Cristiano Ronaldo's 25-metre free-kick over the bar. The one-way traffic continued, Quaresma again being denied while a Ronaldo header was turned over by Jääskeläinen.

Inspired goalkeeping
It took Finland 42 minutes to threaten home goalkeeper Ricardo, Joonas Kolkka lashing in a shot which drifted just over the bar. Portugal quickly regained the initiative after the break but again could find no way past the goalkeeper. After 51 minutes Miguel Veloso whipped in a corner which Nuno Gomes directed goalwards only for Jääskeläinen to produce another wonderful stop. The 32-year-old produced two more fine saves to deny Quaresma before Finland launched a late bid to win it. However, the closest Roy Hodgson's team came was when Alves almost put through his own goal.