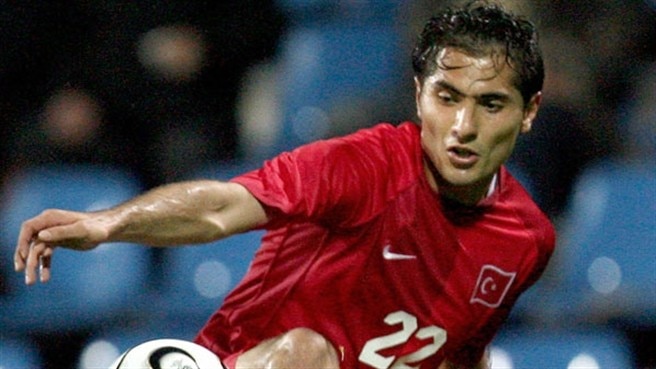 Hamit Altıntop was on target for Turkey ©Getty Images

Turkey fought back from two goals down to gain a dramatic draw against Norway that keeps them top of UEFA EURO 2008™ qualifying Group C.

Altıntop heroics
Having won 4-1 in Greece on Saturday, Turkey were three points clear before today's games, while Norway were still reeling from losing at home to Bosnia-Herzegovina. Although the Turkish lead is now down to one point after their 100 per cent winning record ended, the two late Hamit Altıntop free-kicks that cancelled out Simon Brenne and Martin Andresen's first-half efforts will give Turkey further confidence.

Advantage Norway
The match was played behind closed doors in Frankfurt as Turkey completed their three-game stadium ban following incidents after their FIFA World Cup play-off against Switzerland in November 2005. Norway seemed the more at home and Brenne shot just wide early on before Thorstein Helstad headed over the bar. On 31 minutes Åge Hareide's side were in front as Fredrik Strømstad on the right found Brenne and he rounded Volkan Demirel and fired in. Nine minutes later it was two. Helstad launched a counterattack and laid the ball off to John Carew, who played in Andresen, and the Norway captain drove in from the edge of the box.

Comeback begins
With Greece beating Malta to close in on Turkey, the leaders needed to rally after the interval and within three minutes Gökdeniz Karadeniz had fired a shot against the upright. Altıntop then forced a save from Thomas Myhre before, with 18 minutes remaining, his free-kick slipped under the grasp of the goalkeeper and into the net. Myhre then frustrated Emre Belözoglu, yet in added time another Altıntop set-piece again caught him out and Turkey had their point. On 2 June they go to Bosnia-Herzegovina, who are six points off the pace just like Norway, who host Malta on the same day.