Nihat takes Turkey to the finals 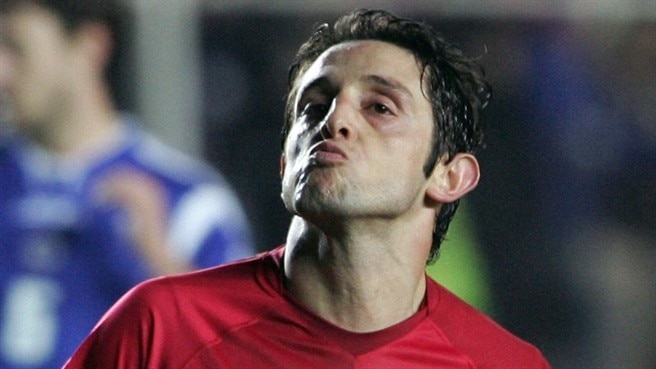 Nihat takes Turkey to the finals

Second place
Nihat struck at the end of a first half that Fatih Terim's team dominated, yet the hosts were unable to build on that lead and had to endure some tense moments. However, the win assured them of second place in Group C at Norway's expense.

Victory required
With Norway facing Malta in their final qualifier, and just a point separating the third-placed Scandinavians from Terim's men, Turkey needed to win to progress. Nihat, Arda Turan and Nihat again all forced early saves from goalkeeper Adnan Gušo, and with the exception of a wayward Branislav Krunić effort, the hosts dominated.

On target
Nihat, who was proving a constant thorn in the side of Fuad Muzurović's team, finally found a way through two minutes before half-time. Hamit Altıntop found space down the left and crossed for the Villarreal CF forward who finished from 12 metres.

Resistance
A more positive Bosnia-Herzegovina began the second period. Edin Džeko drew a save from Rüştü Reçber and Turkish attempts to unsettle the visitors were now paying fewer dividends. Emre Belözoglu tried to ease nerves among the home supporters with a free-kick that flashed wide. Terim attempted the same thing by bringing on midfielder Gökdeniz Karadeniz for Nihat. The strategy worked as Turkey held out to pip Norway to second place behind Greece and a berth in Austria/Switzerland.