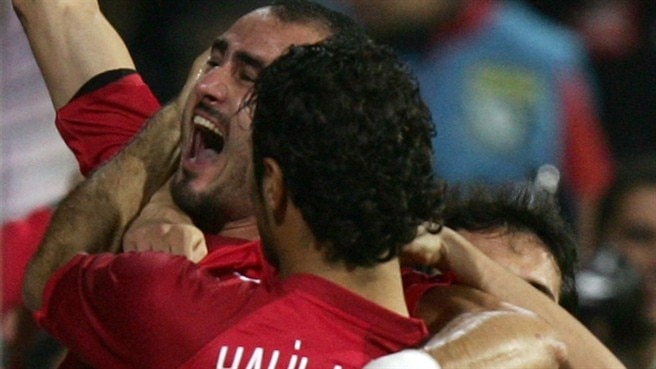 Two goals in four second-half minutes proved the difference as Turkey defeated ten-man Hungary to revive their hopes of qualifying for UEFA EURO 2008™.

Late flurry
After being frustrated by Hungary for more than three-quarters of the game in Istanbul, Turkey made the most of Zoltán Gera's dismissal to score through Gökhan Ünal and Mehmet Aurelio before Halil Altıntop sealed the win with a late third. The three points earned put Turkey level with Norway in second place in Group C.

Even contest
Fatih Terim's men were looking to improve on form that had yielded no victories from three preceding qualifiers, including a draw in Malta on Saturday. They began a fast-paced game well and went close to scoring through Gökdeniz Karadeniz and Tuncay Sanli in the first half. Hungary had their chances too, but Tamás Priskin was narrowly off target both times they threatened Hakan Arıkan's goal.

Key decision
The turning point occurred on 63 minutes when Gera, who had been Hungary's hero four days before with the winning goal against Bosnia-Herzegovina, picked up his second yellow card for simulation. Turkey took advantage five minutes later as Emre found Gökdeniz, who chipped to the far post for Gökhan to rise unchallenged and head in. Within four minutes they doubled their lead, this time Aurelio sweeping the ball in after a long-range shot by Emre had been blocked.

Icing the cake
There was still time for Halil Altıntop to score a third deep into added time, with a stunning strike that flew past substitute goalkeeper János Balogh – a replacement for the injured Márton Fülöp. The result leaves Turkey two points behind group leaders Greece with four matches remaining, and with a game in hand on level-pegging Norway.