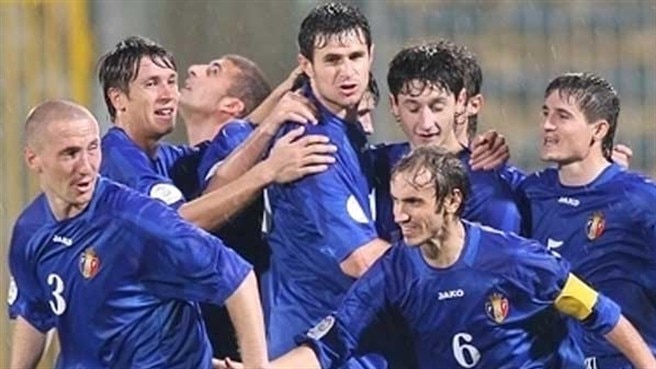 Moldova 3-0 Hungary
The hosts concluded their qualifying campaign with a resounding Group C win against Hungary in Chisinau.
Read more

Moldova concluded their UEFA EURO 2008™ qualifying campaign with a resounding victory against Hungary at the Zimbru stadium in Chisinau. Moldova took charge of the match with excellent first-half goals from Igor Bugaev and Nicolae Josan before sealing the win with a late strike from substitute Serghei Alexeev.

First-half goals
The hosts took the lead with a fine individual effort on 13 minutes. There seemed little danger when Bugaev received the ball from Vitalie Bordian with his back to goal outside the area. However, his clever drag-back foxed defenders Vilmos Vanczák and Csaba Csizmadia, taking him into the box where he unleashed a right-footed shot beyond goalkeeper Márton Fülöp. Josan made it 2-0 on 23 minutes with another fine strike, chesting down Evgheni Cebotari's headed pass before crashing in a shot from 25 metres.

Alexeev scores
Moldova should have added to their advantage soon after the restart. Bugaev shot wide after good play from Denis Calincov, then Bordian nodded straight at Fülöp from close range. At the other end Moldova keeper Stanislav Namasco made two fine stops, one from Zoltán Gera at close range, then in response to Tamás Priskin's point-blank header. That, though, was as close as Hungary came before Alexeev completed the scoring with four minutes remaining. Moldova finish on 12 points from 12 matches. Hungary will overtake them should they get a point from their final game at home to Greece on Wednesday.