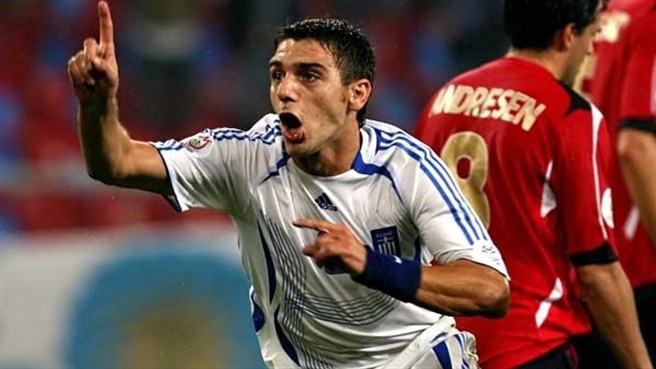 Holders Greece maintained their 100 per cent start to UEFA EURO 2008™ qualifying with victory against ten-man Bosnia-Herzegovina in Zenica as three late goals helped maintain the pace in Group C.

Charisteas opener
Since etching their name on to the UEFA European Championship trophy in Portugal in July 2004, Greece have had a torrid time, failing to reach the 2006 FIFA World Cup finals. But they have rediscovered their form in this competition and when Angelos Charisteas broke the deadlock from the penalty spot on eight minutes a third consecutive win looked likely. The home team – playing their 100th match – had Saša Papac dismissed five minutes after half-time and although they held out until the 82nd minute, late goals from Christos Patsatzoglou, Georgios Samaras and Konstantinos Katsouranis gave the scoreline a one-sided look.

Giannakopoulos busy
It completed a miserable evening for Bosnia-Herzegovina, who had been on the back foot as early as the second minute when Stylianos Giannakopoulos stung Kenan Hasagić's hands with a low drive. The Bolton Wanderers FC winger was a lively presence and his cross earned a penalty when Dalibor Šilić handled. Charisteas converted from the spot and although Bosnia-Herzegovina fought back, goalscoring chances were at a premium.

Late flurry
Papac's sending-off all but ended their hopes and Greece, for whom Theodoros Zagorakis came on to make his 119th and final appearance, seemed on course for a third consecutive 1-0 win following triumphs against Moldova and Norway. But Patsatzoglou opened the floodgates with his first international strike with eight minutes left after being teed up by Samaras, who then added a third from close range. Katsouranis, Greece's match-winner against Norway four days ago, then sealed a fine victory with an exquisite lob in injury time.