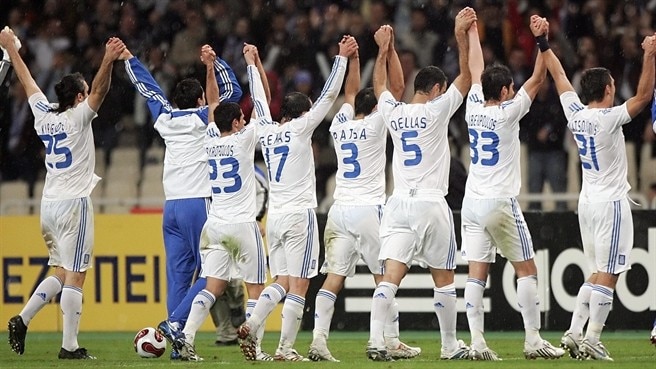 Early scare
The hosts survived an early scare when Malta could have taken the lead with two chances in a minute midway through the first half. Greece goalkeeper Antonios Nikopolidis made a great save to deny Andre Schembri and was then thankful to Christos Patsatzoglou for clearing Jamie Pace's goal-bound shot off the line.

Gekas opener
Nonetheless, the European title-holders broke the deadlock after 32 minutes when Bayer 04 Leverkusen striker Gekas turned in the rebound following a Stelios Giannakopoulos diving header. The home fans had to wait until nine minutes into the second half for the next goal, though, Basinas sending a looping volley in off the left post. Amanatidis then made it three just past the hour, drilling a right-footed shot beyond Justin Haber.

Hat-trick hero
Gekas completed his treble with two strikes in three minutes – nodding in from close range in the 72nd minute, then controlling Konstantinos Katsouranis's mis-hit before calmly finishing. Greece had several opportunities to extend the scoreline yet could not add to their tally.