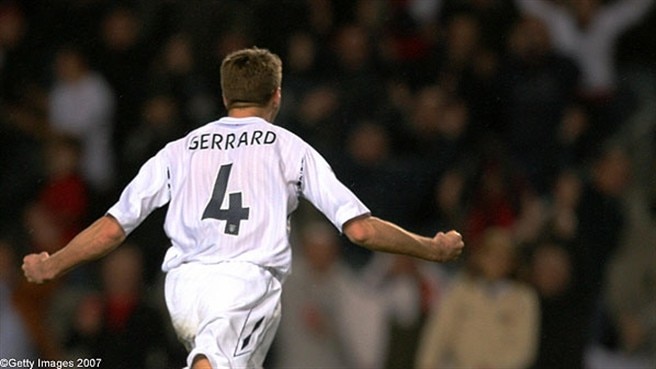 Steven Gerrard struck twice in the second half and debutant David Nugent added a late third to give England victory against Andorra in UEFA EURO 2008™ qualifying.

Blushes spared
In a game played at the Estadio Olímpico de Montjuic in a rainy Barcelona, England were hoping to end a five-match winless run, including Saturday's 0-0 draw in Israel. But that scoreline looked like it might be repeated until Gerrard - with his first double for his country - and substitute Nugent saved England's blushes, securing a success that moves Steve McClaren's men level with Russia and Israel in Group E, two points behind leaders Croatia.

Frustration
Fielding Stewart Downing for the injured Frank Lampard and two fresh full-backs in Micah Richards and Ashley Cole, England dominated against a team without a point in their previous 22 fixtures in this competition. But it was a frustrating first half for the visitors, even though Gerrard showed his intent in forcing Andorra goalkeeper Koldo Álvarez to make an 18th-minute save.

Gerrard strikes
Downing volleyed wide shortly after the half-hour and Andrew Johnson made Koldo work with a strong shot, but for the first time in this campaign Andorra made it to the break without conceding. Nine minutes into the second period, however, Koldo was finally beaten after Wayne Rooney flicked the ball to Gerrard and he volleyed into the net. Shortly afterwards Richards was stretchered off holding his leg and was unable to continue.

Nugent joy
Koldo then kept out Gerrard again, yet with 14 minutes left the midfielder made no mistake with a low shot following good work from substitute Jermain Defoe. The Tottenham Hotspur FC forward nearly had a goal of his own in stoppage time but his strike, parried by Koldo, was helped over the line by Nugent, the Preston North End FC player who had replaced Johnson for his first cap. England are next in action in Estonia on 6 June when they will be without Rooney, suspended after being booked.