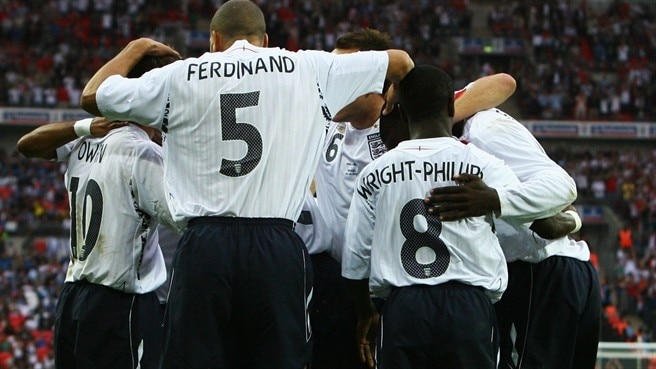 England continued their Group E revival as Michael Owen and Micah Richards scored in the second period to add to a first-half Shaun Wright-Phillips strike which secured a comfortable home win against Israel.

Third straight win
A run of three games without a victory looked to have left England with an uphill task to qualify, but 3-0 victories against Andorra and Estonia got their campaign back on track and once Wright-Phillips had volleyed in the opener, Steve McClaren's team were always in charge against visitors who had lost only one of their previous 18 competitive fixtures. Owen eased any lingering doubts with a fine second goal four minutes into the second half, his 38th international strike, before Richards headed in his first for his country to round off a dominant display.

England on top
England had been beaten by Germany last month but McClaren's side were quickly into their stride at Wembley Stadium and could have been in front as early as the tenth minute, Emile Heskey – on his first appearance since UEFA EURO 2004™ – blazing Owen's lay-off over the bar. The hosts continued to press, however, and got their reward in the 20th minute when Wright-Phillips stole in at the far post to volley Joe Cole's left-wing cross into the net.

Mixed fortunes
England might have added to their advantage before half-time as they kept Israel penned inside their own half, Owen driving a shot straight at goalkeeper Dudu Awat and slashing the rebound high and wide. The Newcastle United FC striker made amends in style soon after the interval, turning on the edge of the Israel penalty area and drilling in an unstoppable half-volley. Richards rose highest to nod in a third from Gareth Barry's corner six minutes past the hour to ensure England will go into Wednesday's match against Russia, who are a point above them, in good heart. Israel have to wait until 17 October for their next game, against Croatia.