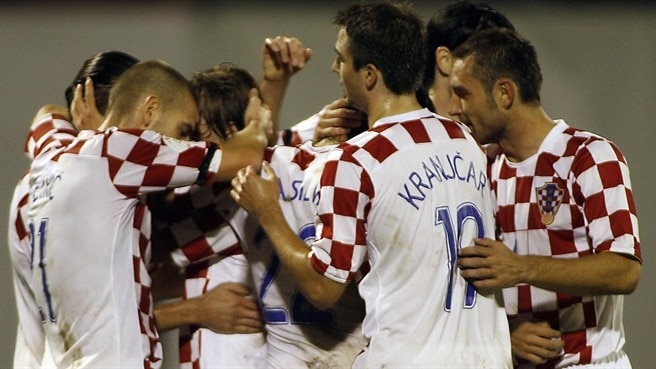 Missed penalty
Croatia overcame an early setback when Darijo Srna missed a sixth-minute penalty and dominated a one-sided fixture to remain on course for the 2008 UEFA European Championship, with a trip to Andorra to come on Wednesday. Israel's defeat in England means Croatia are now clear at the top of the group with fellow unbeaten team Russia in second. Estonia, who have claimed just three points from nine qualifying matches, offered little attacking threat but showed resistance in keeping the scoreline to a minimum.

Powerful finish
The pattern of the evening appeared clear-cut from the opening moments, and when Croatia were awarded a spot-kick it was already looking bleak for the visitors. Defender Teet Allas handled inside the box to offer Srna the perfect chance to open the scoring, but the midfielder smashed his conversion against the left upright. Croatia, however, stayed on top and continued to plug away at the Estonia back line, finally breaching it in the 39th minute when Eduardo fired in a powerful low shot.

Damage limitation
The Arsenal FC forward doubled the advantage in added time at the end of the first half, collecting a right-wing pass from Luka Modrić and making no mistake with a rasping left-footed drive straight into the top right corner to put the tie beyond doubt. From there on it became a damage-limitation exercise for Estonia, who succeeded by not conceding again and go to F.Y.R. Macedonia on Wednesday.