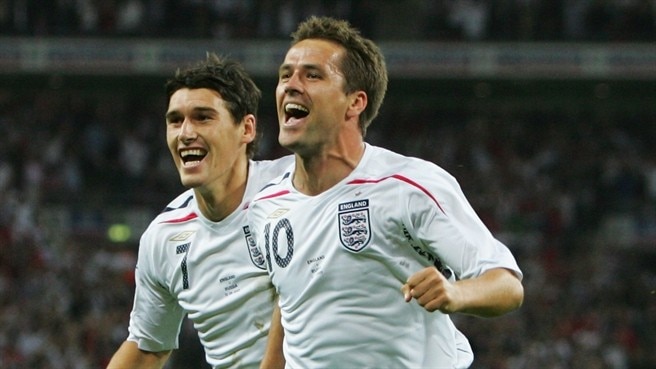 Owen masterclass
A scorer in Saturday's 3-0 triumph over Israel, Owen did not have to wait long to give further cause to proclaim his return to form when he drilled in the opener on seven minutes. He could have doubled the lead soon after but his 40th international goal was not long in coming. Just after the half-hour he applied an emphatic half-volley to Emile Heskey's excellent knock-down and although Russia came back strong they could not break England's stubborn resistance, Rio Ferdinand rounding off the win late on.

Barry cross
Steve McClaren's team's preparations for this fixture were affected by the withdrawals of the injured Owen Hargreaves and Frank Lampard but if England missed the pair they did not show it. The man that came into the side, Gareth Barry, ensured a perfect start when his cross eluded everyone and fell at the feet of Owen, who controlled before side-footing in off the post. It was only the second goal Russia have conceded in Group E and they almost let in a third when Joe Cole's deflected through ball fell to Heskey.

Russia revival
The Wigan Athletic FC striker's effort was smothered by Vyacheslav Malafeev, but squirmed out to Owen who slipped with the goal at his mercy. It was not all England, however, as Konstantin Zyrianov had an effort ruled out for handball, but when Owen made it 2-0 on 31 minutes he left Russia with it all to do. Coach Guus Hiddink rang the changes, switching to a 3-4-3 formation as Diniyar Bilyaletdinov and Dmitri Sychev found new life and the pair sparked a brief revival after the restart. Yet England stood firm, and sealed a fourth successive 3-0 qualifying victory six minutes from time when Ferdinand fired in low at the near post.