Published: Sunday 18 November 2007, 0.50CET
Israel 2-1 Russia Omer Golan scored a stoppage-time winner which took Russia's destiny out of their hands and into England's. 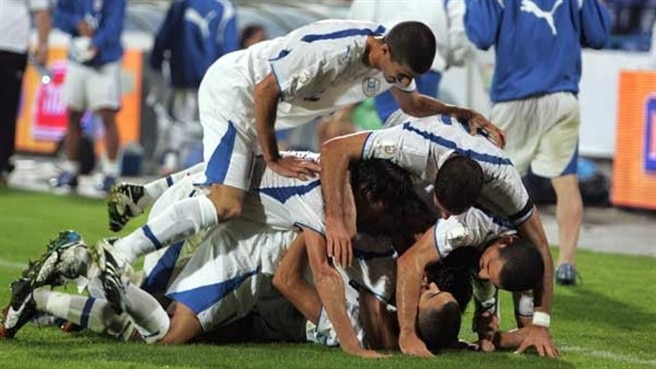 Israel 2-1 Russia Omer Golan scored a stoppage-time winner which took Russia's destiny out of their hands and into England's.
Read more

Russia missed the chance to keep qualification for UEFA EURO 2008™ in their own hands after losing 2-1 in Israel.

On the slide
Goals from Elyaniv Barda and Omer Golan, either side of a Diniyar Bilyaletdinov effort, mean that Russia must beat Andorra on Wednesday and hope that England lose at home to Croatia – who qualified for the finals on the back of Israel's triumph – to advance from Group E.

Advantage Israel
Israel started brightly in Tel-Aviv and took the lead on ten minutes when Barak Itzhaki picked up the ball in midfield and played a beautifully weighted pass to Barda who flicked a delightful finish over onrushing Russia goalkeeper Vladimir Gabulov.

Early substitution
Russia were finding it hard to penetrate the stout Israeli back line and were restricted to pot shots from outside the box. It prompted visiting coach Guus Hiddink into a change after just half an hour as Igor Semshov was replaced by Dmitri Torbinskiy. Eight minutes later Russia created their first good opportunity when, after some patient passing, the ball reached Aleksandr Anyukov who shot into the side-netting from a tight angle.

Renewed purpose
The away team began the second half with renewed purpose and Pavlyuchenko wasted a golden chance after 50 minutes when he guided a free header just over from Yuri Zhirkov's cross. Then, two minutes after striking straight at Israel keeper Dudu Awat, Bilyaletdinov equalised on the hour by drilling low into the net after good work by Andrei Arshavin and Konstantin Zyrianov.

Constant pressure
Russia were now well on top, pouring forward with Awat making a number of smart saves. In the last minute of normal time, Dmitri Sychev was put through on goal, and despite his shot beating Awat, it rattled the post and went wide. Then, in added time, Israel substitute Golan broke free and stabbed the ball past Gabulov to give the home side all three points.