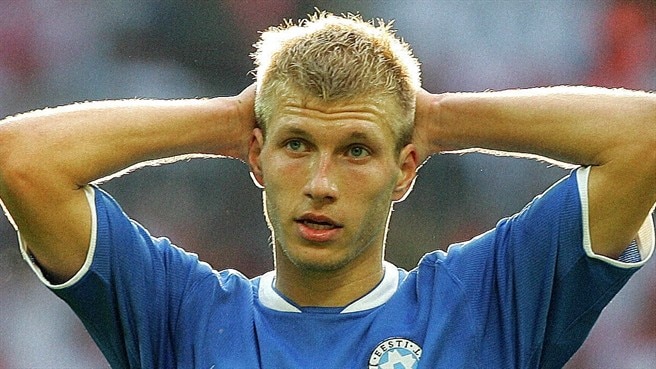 Estonia completed a difficult UEFA EURO 2008™ qualifying campaign with a 2-0 victory over Andorra which left the vanquished home team without a point from eleven matches in Group E.

Tough group
The visitors, who had the misfortune of being placed in the same pool as Croatia, Russia and England, at least finished on a high with goals from Andres Oper and Joel Lindpere proving enough to see off a limited Andorra side.

Physical defending
It took Estonia a while to establish any kind of superiority with the majority of their attacks in the opening stages rebuffed by some physical defending from the hosts. Estonia finally found a way through the massed ranks of Andorra defenders after 31 minutes, though, Martin Reim's inswinging free-kick being headed in by Oper.

Lindpere goal
Kaimar Saag and Raio Piiroja both wasted chances to double the advantage before Lindpere did just that on the hour, driving in a left-footed shot from the edge of the area after home defender Óscar Sonejee failed to make a routine clearance. Only a magnificent save from Koldo Álvarez denied Saag a third as Estonia ran out comfortable winners to finish with seven points from 12 games.