Barda helps Israel to another high 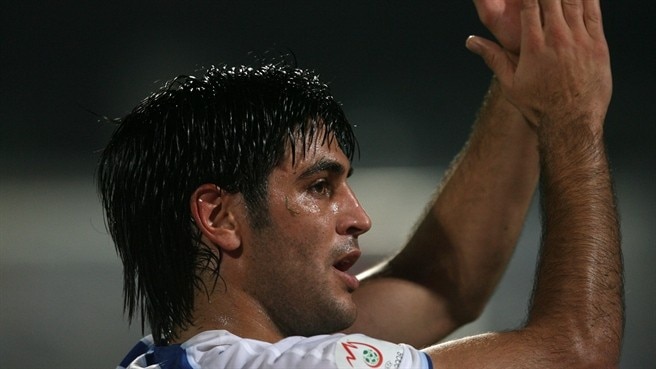 Barda helps Israel to another high

Even contest
The visitors, weekend conquerors of Group E leaders Croatia 2-0, were worthy opponents for an Israel side buoyed by their dramatic win over Russia, but despite long periods of pressure, they could not find a response to Barda's 35th-minute goal.

Impasse
The game's first chance had come when Israel's Maor Bar Buzaglo tested goalkeeper Petar Milosevski from 20 metres, while Velice Sumulikoski tried his luck from distance at the other end. F.Y.R. Macedonia were holding their own and almost broke the deadlock when Aco Stojkov wriggled past Tal Ben Haim only to drag his shot wide of the upright.

Powerful header
The goal arrived ten minutes from half-time. Full-back Yuval Shpungin took a throw-in on the right, burst to the byline after receiving a clever backheel from Barak Itzhaki, and chipped over a cross which Barda – a goalscorer against Russia – powered past Milosevski. Darko Tasevski immediately threatened an equaliser and Srečko Katanec's side continued to press at the start of the second half when Vlatko Grozdanovski shot wide.

Late chance
Israel's counterattacking almost paid dividends with 20 minutes to go, substitute Ben Sahar seeing his strike smothered by Milosevski. Sumulikoski and Barda traded efforts, Sahar had another attempt kept out by Milosevski, before the visitors were denied a late equaliser when Slavco Georgievski's header was directed over his own crossbar by defender Dekel Keinan. The win took Dror Kashtan's Israel on to 23 points from their 12 matches, nine above their opponents.