Solid Scotland back in contention 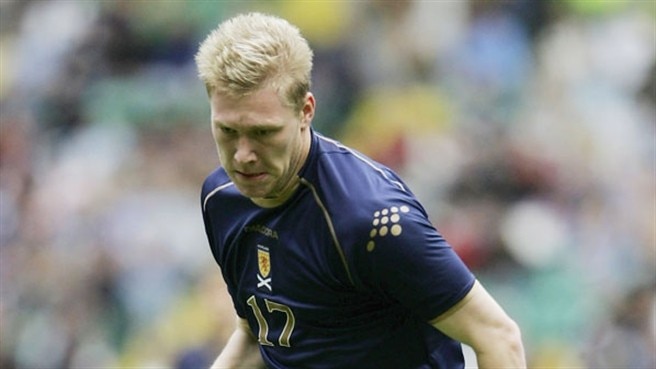 Solid Scotland back in contention

Scotland revived their hopes of qualifying for UEFA EURO 2008™ as two goals in five first-half minutes proved enough for a victory in the Faroe Islands that moved them back into contention in Group B.

Decisive spell
Alex McLeish's side lost their previous fixture to Italy and Saturday's results had left them fourth in the section. Three points were therefore essential against a well-organised Faroe Islands defence and Scotland's patient approach paid dividends with two goals late in the first half. Shaun Maloney broke the deadlock in the 31st minute with a perfectly executed free-kick on his second international appearance, and Garry O'Connor clinched the points four minutes later.

Maloney breakthrough
The home team were at a disadvantage early on as defender Óli Johannesen sustained a head injury and spent the next ten minutes off the pitch receiving treatment. Scotland, however, failed to turn their numerical and territorial supremacy into clear chances, although O'Connor did fire in a shot that Jákup Mikkelsen blocked. The breakthrough was not long in coming, however, Kris Boyd winning a free-kick that Maloney expertly curled beyond the helpless goalkeeper.

O'Connor on target
A second strike followed four minutes later, Paul Hartley finding Darren Fletcher for a right-wing cross that was met by O'Connor and, although Mikkelsen parried his header, the loose ball fell kindly for the forward to turn in. The Faroes rallied in the second period, Christian Lamhauge Holst coming closest in the 69th minute by touching a long free-kick beyond Craig Gordon only for the ball to bounce back off the right-hand post and into the arms of the grateful Scotland custodian.

Ferguson ban
Scotland suffered a more significant setback when captain Barry Ferguson picked up a booking that will rule him out of their next game, at home to Lithuania on 8 September. The Faroes travel to the same opponents four days later. There was one last opportunity for Jógvan Martin Olsen's men to rue, Andrew Fløtum wriggling through two challenges but striking the crossbar with a fierce attempt.