Coach: Hélio Sousa
10/10/73
"The team was strong in all areas, played good football and converted that into goals. We were good with and without the ball and good at fast transitions, both attacking and defensive. The team had an identity and all the players could appear in the final third – a winger, a midfielder or a defender. We performed well and that was reflected in our results. But it is difficult to do that game after game." 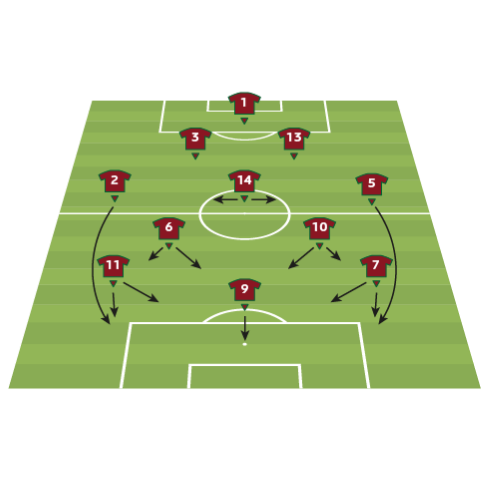