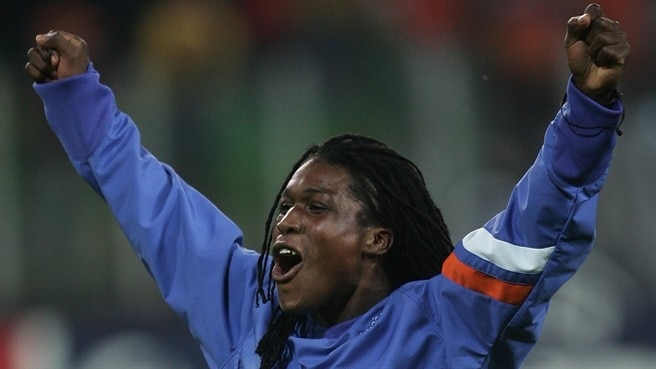 One of the first questions put by reporters to Royston Drenthe when he made his €14m move to Real Madrid CF in August 2007 was, "what position do you play?". To be fair, the debate centred on whether Drenthe was a left-winger or a left-back, yet it was also a good indicator of how far Drenthe had come in a very short time.

Six matches in June 2007 had made all the difference – Drenthe took the UEFA European Under-21 Championship by storm as the driving force behind a Netherlands side who successfully defended their title on home soil. His marauding runs down the left brought an expectant crowd to their feet time and again, as the Netherlands proved irresistible. With Drenthe initially used as a left-back, then pushed into midfield, everything he touched turned to gold – he created two and scored one of the Jong Oranje's five goals in the group stage.

His emergence surprised many, though not among the Dutch camp. After all, when coach Foppe de Haan showed frustration during a pre-tournament friendly against the Republic of Ireland, he was reportedly placated by a player saying: "Don't worry, Royston is on fire!" Drenthe went on to score in a 1-0 win. Nor did the then Feyenoord player shy away from the spotlight when it mattered most – rather he grew in stature as the Netherlands held their nerve against England before beating Serbia in the final. Madrid were more than impressed.