Mirallas leaves Belgium on the brink 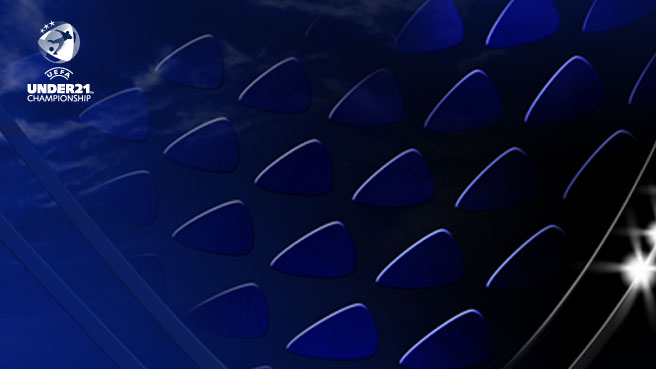 Mirallas leaves Belgium on the brink

Inspirational display
Mirallas’s winning strike in Heerenveen capped an inspirational display of front-running from the LOSC Lille Métropole striker in a Belgium team who played for 72 minutes with ten men following Marouane Fellaini's early sending-off. For Israel, this second successive 1-0 defeat brings elimination and how they will rue their failure to capitalise on the extra-man advantage.

Changes
If Belgium were unchanged following their impressive showing against Portugal, Israel coach Guy Levy responded to his side's defeat by the Netherlands by making four changes, among them the introduction of the influential Idan Srur to make the play behind a forward line now including Shlomi Arbeitman alongside Ben Sahar and Barak Itzhaki. Levy had spelt out his wish to see more attacking ambition from his players yet in the opening stages they were on the back foot.

Fellaini dismissed
Mirallas served an early warning after eight minutes with a shot from outside the box that forced Tom Al Madon into a fingertip save. Sixty seconds later the Israel goal came under threat again, Sébastien Pocognoli picking out Fellaini with his cross but the Belgium midfielder failed to make a clean contact with the ball. If Belgium looked untroubled, that changed on 18 minutes with Fellaini's dismissal. Eliran Danin went to ground under his challenge and the midfielder, already cautioned for fouling Sahar, was sent off.

De Sart gamble
Logan Bailly had to turn behind Srur's ensuing free-kick and it then took a sliding challenge from Pocognoli to deny Arbeitman a clean strike after the skilful Sahar had played his colleague in. Given Belgium's need for the points, however, coach Jean-François De Sart gambled on keeping his front players on, leaving Jan Vertonghen to do double the covering work in front of the back four.

Israel threaten
Although Anthony Vanden Borre spurned a shooting chance on 26 minutes, Israel now carried the greater menace albeit without really stretching the ten men. Itzhaki sent a drive just over but it was not until the half's closing moments that they really threatened. After Bailly had inadvertently collected a back-pass, Srur's short free-kick teed up Itzhaki but he blasted over. Then Sahar broke through on a one-two with Srur only to see his goalbound effort blocked by Nicolas Lombaerts.

Sahar shines
Into the second half and Sahar was in his stride, flashing a shot narrowly wide and troubling the Diablotins' defence with his elusive movement down the left. One lovely flick sent him racing clear of Sepp De Roover and bearing down on Bailly. He squared the ball to Albeitman but, with the goal gaping, the striker was foiled by Thomas Vermaelen's block. At the other end, Mirallas raised Belgian hopes with a run through the middle stopped only by Amir Taga's saving tackle and shortly after the hour, Blondel was only a whisker wide with an acrobatic volley.

Belgium rewarded
Although Sahar hit the post from an offside position, Belgium's ten men were now looking the likelier scorers. Blondel lashed another volley into the side-netting before, on 80 minutes, Mirallas struck the woodwork. The No9 would not be denied, however. Sprinting on to Vanden Borre's diagonal pass ahead of Dekel Keinan, he beat Al Madon with a low shot for the only goal.