Israel miss out despite Montenegro defeat

Published: Tuesday 7 September 2010, 2.45CET
Israel 5-0 Montenegro
Captain Maor Bar Buzaglo promised his side would "take Israel to a major final tournament" one day after they fell just short in Group 6.
by Omer Dovev
from Haberfeld Stadium 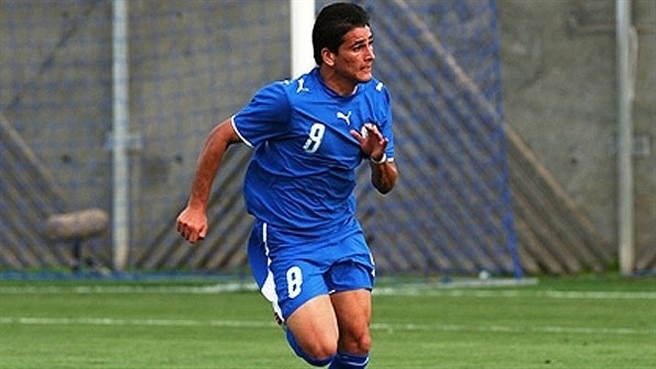 Israel miss out despite Montenegro defeat

Israel 5-0 Montenegro
Captain Maor Bar Buzaglo promised his side would "take Israel to a major final tournament" one day after they fell just short in Group 6.
Read more

A 5-0 win against Montenegro was not enough to take Israel into the UEFA European Under-21 Championship play-offs, with Guy Luzon's side coming up slightly short in qualifying Group 6.

Bebars Natcho and Maor Bar Buzaglo fired two goals each before Thyacho Chekol added the fifth, but it was not enough to earn Israel a play-off place as one of the four best runners-up.

Captain Buzaglo said ruefully: "We thought we were through until the 90th minute but then we heard that Belarus and Scotland had both scored. I have been with this group of players since I was 13. We have great potential and loads of ability and I am sure one day we will take Israel to a major final tournament."

FC Rubin Kazan attacking midfielder Natcho led the way by curling a second-minute free-kick past Vlado Giljen in the Montenegro goal, before Buzaglo doubled the advantage from the spot midway through the first half following Mijuško Bojović's foul on Victor Mare.

Maccabi Tel-Aviv FC midfielder Buzaglo then slammed in his second of the night off the post after the break, and following Nenad Matić's 68th-minute dismissal, Natcho slotted in to make it 4-0. Chekol rounded off the scoring from an acute angle, with Draško Božović's added-time dismissal leaving the visitors with just nine men. Israel lost Mohammad Ghadir the same way moments earlier.