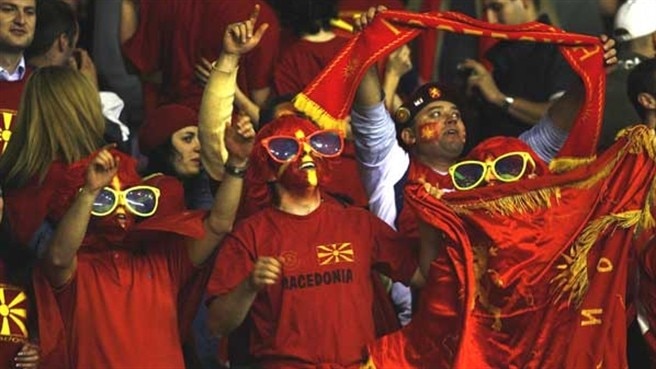 FYROM 1-1 Denmark
Nicklas Helenius put the visitors ahead in Skopje but Ilija Nestorovski replied within five minutes to leave both sides unbeaten in Group 4.
Read more

The Former Yugoslav Republic of Macedonia and Denmark remain unbeaten in UEFA European Under-21 Championship qualifying Group 4 after cancelling each other out in Skopje.

With both sides' hopes of a finals place very much alive, there was plenty of aggression in the game from the off at the Boris Trajkovski Stadium. However, neither FYROM nor Denmark appeared to have the wherewithal to do each other any real damage, with the home side setting out their stall to contain Morten Wieghorst's lively and disciplined side.

However, for all of their tactical acumen, FYROM could not prevent Nicklas Helenius from putting the visitors in front on 73 minutes. They were not ahead for long, though, with Ilija Nestorovski replying five minutes later. It was the first goal Denmark had conceded in this qualifying campaign.