Published: Saturday 17 June 2017, 8.00CET
Portugal and Serbia will be keen to hit the ground running when they open their Group B campaigns, with Branislav Ivanović a scorer in the teams' sole previous meeting. 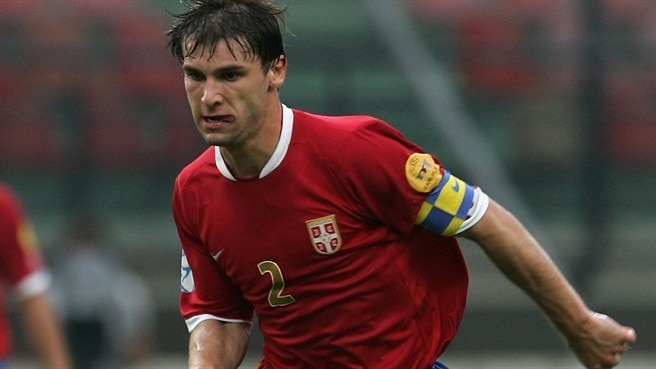 Portugal and Serbia will be keen to hit the ground running when they open their Group B campaigns, with Branislav Ivanović a scorer in the teams' sole previous meeting.
Read more

Portugal and Serbia will be keen to hit the ground running when they open their Group B campaigns in Bydgoszcz.

• The teams finished level on three points, Portugal coming third in the section and Serbia and Montenegro second in a three-way head-to-head also including bottom-ranked Germany. They lost on penalties to Ukraine in the semi-finals.

• In 2017 qualifying, Portugal won eight and drew two of their ten Group 4 fixtures to finish five points clear at the top of the standings. Their 34 goals were eclipsed only by Germany's haul of 35.

Serbia
• Serbia previously contested the 2009 and 2015 final tournaments, being eliminated in the group stage on each occasion, having also lost the 2007 final to hosts the Netherlands. As Serbia and Montenegro, they were runners-up in 2004 and semi-finalists two years later; as part of Yugoslavia, they were champions in the inaugural U21 event of 1978, runners-up in 1990 and semi-finalists in 1980 and 1984.

• In 2017 qualifying, Serbia finished a point behind Group 2 winners Italy in second place, winning seven of their ten fixtures and drawing two – losing only away to Slovenia. As one of the four best runners-up, Serbia entered the play-offs where they beat Norway 2-1 over two legs (2-0 home, 0-1 away).

Coach and player links
• Portugal and Serbia met in the European U19 Championship semi-finals in both 2013 and 2014, with Serbia winning 3-2 on penalties in 2013 and Portugal triumphing 4-3 via the same route 12 months later.

Rui Jorge, Portugal
A left-back who earned 44 caps for Portugal, playing at UEFA EURO 2000 and 2004 as well as the 2002 FIFA World Cup. He won seven Portuguese Liga titles and three Portuguese Cups with Porto and Sporting, and retired after a spell at Belensenses where he subsequently started coaching the U19s.

Named Portugal U21 coach at the end of 2010, he failed to qualify for the 2013 UEFA European U21 Championship but then took his team all the way to the final of the 2015 edition, which was lost to Sweden on penalties. Also coached Portugal at the 2016 Olympic Games, reaching the last eight.

Nenad Lalatović, Serbia
A Crvena zvezda youth product who, after several loan moves elsewhere, landed two league titles and two Serbia and Montenegro Cups before departing Belgrade for Shakhtar Donetsk in 2003. The defender also won the championship in Ukraine in 2005, having played on loan at Wolfsburg in Germany the previous year.

Lalatović finished playing back in Serbia, hanging up his boots aged only 29. He swiftly went into coaching, taking over at Srem in 2011 before short tenures at several other clubs, including Crvena zvzeda and Vojvodina. Appointed by Belgrade outfit Čukarički in late 2016, early this year he took the Serbia U21 reins on top of his club commitments.