Published: Saturday 2 June 2007, 22.50CET
Norway 4-0 Malta The home team got their qualification hopes back on track in Oslo after three Group C games with a win. 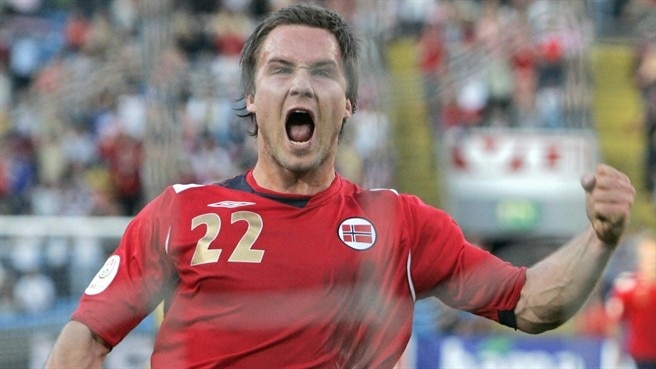 Norway 4-0 Malta The home team got their qualification hopes back on track in Oslo after three Group C games with a win.
Read more

Norway kept alive their hopes of qualifying from UEFA EURO™ Group C as three goals in the final 17 minutes sealed a comfortable win against Malta in Oslo.

Hæstad breakthrough
Having picked up a solitary point from their last three games the hosts needed a victory at the Ullevål Stadium and they duly seized the initiative through Kristofer Hæstad's opening goal a minute past the half-hour. Thorstein Helstad, Steffen Iversen and John Arne Riise added further strikes in the final 20 minutes, ensuring Norway stay five points behind new section leaders Greece and close the gap on second-placed Turkey to three points.

Riise shot
Norway were quickly into their stride and John Arne Riise was not far off target with an early shot. At the other end Michael Mifsud forced a save from Håkon Opdal but it was the home team who were in the ascendancy, although Gilbert Agius forced Opdal to save. Moments later, however, John Carew headed Riise's cross wide and it seemed only a matter of time until Norway would score. The breakthrough duly came in the 31st minute when Bjorn Helge Riise crossed for Hæstad to head past Mario Muscat.

One-way traffic
Having gone in front Åge Hareide's side began playing with more freedom and Martin Andresen and the effervescent John Arne Riise both went close before the interval. The one-way traffic continued in the second half, Carew hitting the post while Iversen and Brede Hangeland both missed Muscat's goal by a fraction. The goals that Norway's domination had merited finally arrived in the game's concluding quarter, Helstad prodding in Bjørn Riise's cross right-footed on 73 minutes before Iversen benefited from another assist by the Lillestrøm SK midfielder to add a third eleven minutes from time.

Ideal lift
John Arne Riise rounded off the victory in stoppage time as Norway gave themselves the ideal lift ahead of their home match against Hungary on Wednesday. Meanwhile Malta, who stay second bottom with four points, turn their attentions to a trip to third-placed Bosnia-Herzegovina.