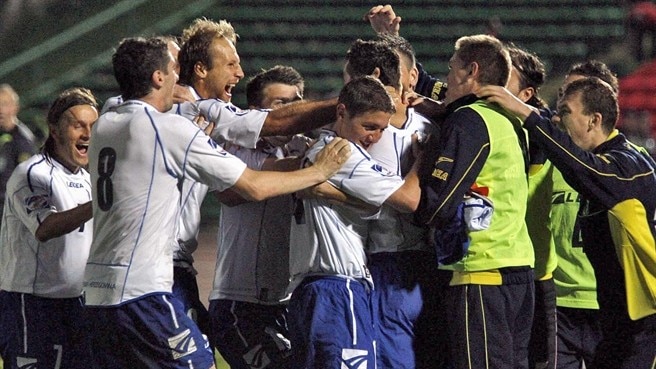 Thrilling game
Making only his second international appearance, the substitute scored the fifth goal of an enthralling game in which the home side twice fell behind to goals from Hakan Şükür and Sabrı Sarıoğlu before Zlatan Muslimović and Edin Džeko hit back. Turkey dominated the early stages and although Hakan Şükür blazed over from close range he made amends in the 13th minute, meeting Arda Turan's dangerous inswinger with a clinical header into the top corner. Bosnia-Herzegovina fought back and levelled before the half-hour when Muslimović latched on to Zvjezdan Misimović's pass and fired past Rüştü Reçber.

Turkey frustrated
Turkey reacted well, however, and regained the lead six minutes before the break as Sabrı curled a left-foot shot inside Adnan Gušo's far post. Again Fuad Muzurović's team demonstrated their resilience as Džeko latched on to Vedin Musić's long ball deep into first-half added time before rifling in from the edge of the area. Bosnia-Herzegovina continued to frustrate Turkey in the second half as Gušo saved well from Arda and Tuncay Sanli.

Ćustović winner
With time running out and the match seemingly heading for a draw Ćustović had the final say, meeting Mirko Hrgović's right-wing cross to head in the winner just eight minutes after coming on. Bosnia-Herzegovina now face Malta at home on Wednesday knowing another win would put them level on points with Turkey, who have to wait until 8 September for their next fixture in Malta.