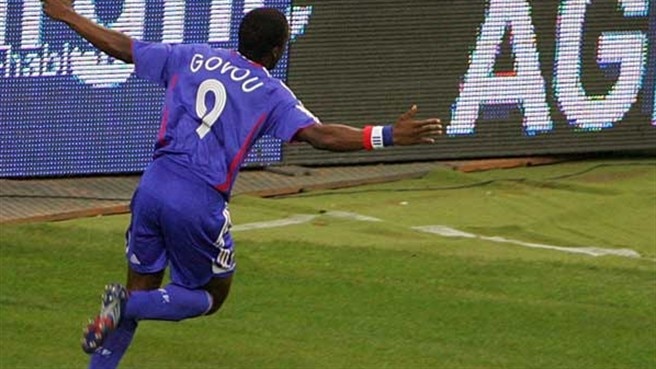 France gained a measure of revenge for their defeat in the FIFA World Cup final by beating Italy 3-1 in Paris. Fifty-nine days after losing out on penalties to the Azzurri in Berlin, Raymond Domenech's men secured an impressive victory through goals from Sidney Govou (2) and Thierry Henry.

Plenty to ponder
It means France sit joint-top of UEFA EURO 2008™ qualifying Group B with Scotland after two successive wins but for Italy coach Roberto Donadoni, there is plenty to ponder. This result leaves the world champions second bottom of the section with one point, taken from last weekend's disappointing home draw with Lithuania.

Volleyed opener
The hero for France was Govou, who, together with Olympique Lyonnais team-mate Grégory Coupet, was one of only two players in Les Bleus' starting XI who had not featured in the World Cup final. Govou needed just two minutes to make his mark, sending the ball flashing past Gianluigi Buffon with a fine far-post volley following a William Gallas cross.

Deflection off Cannavaro
France doubled their advantage in the 18th minute when Buffon blocked a Florent Malouda shot and Henry followed up to turn the ball in from a tight angle, via a deflection off Italy captain Fabio Cannavaro. Within two minutes, however, the Azzurri reduced the deficit, Alberto Gilardino heading past Coupet from Andrea Pirlo's free-kick into the box. It was a Pirlo set-piece that led to Marco Materazzi's goal in Berlin and while the big defender was suspended here – for his part in Zinedine Zidane's sending-off – Pirlo's dead-ball deliveries remained a threat throughout.

Coupet saves
It took some fine goalkeeping from Coupet to deny the Italians an equaliser midway through the first half as he tipped the ball to safety after Eric Abidal had turned a low cross towards his own goal under pressure from Franco Semioli. However, it was France who struck a decisive third goal on 55 minutes as Govou nodded past Buffon from a Willy Sagnol centre.

Gilardino booked
Govou was denied his hat-trick when Buffon got down to turn away his low drive while at the other end, Italy's attempts to get back into the match proved futile. Gilardino went down under a challenge from Coupet but received a yellow card for diving, and the keeper was equal to Cannavaro's strong header from another fine Pirlo ball. Italy may be world champions but memories of that July night are fading fast.